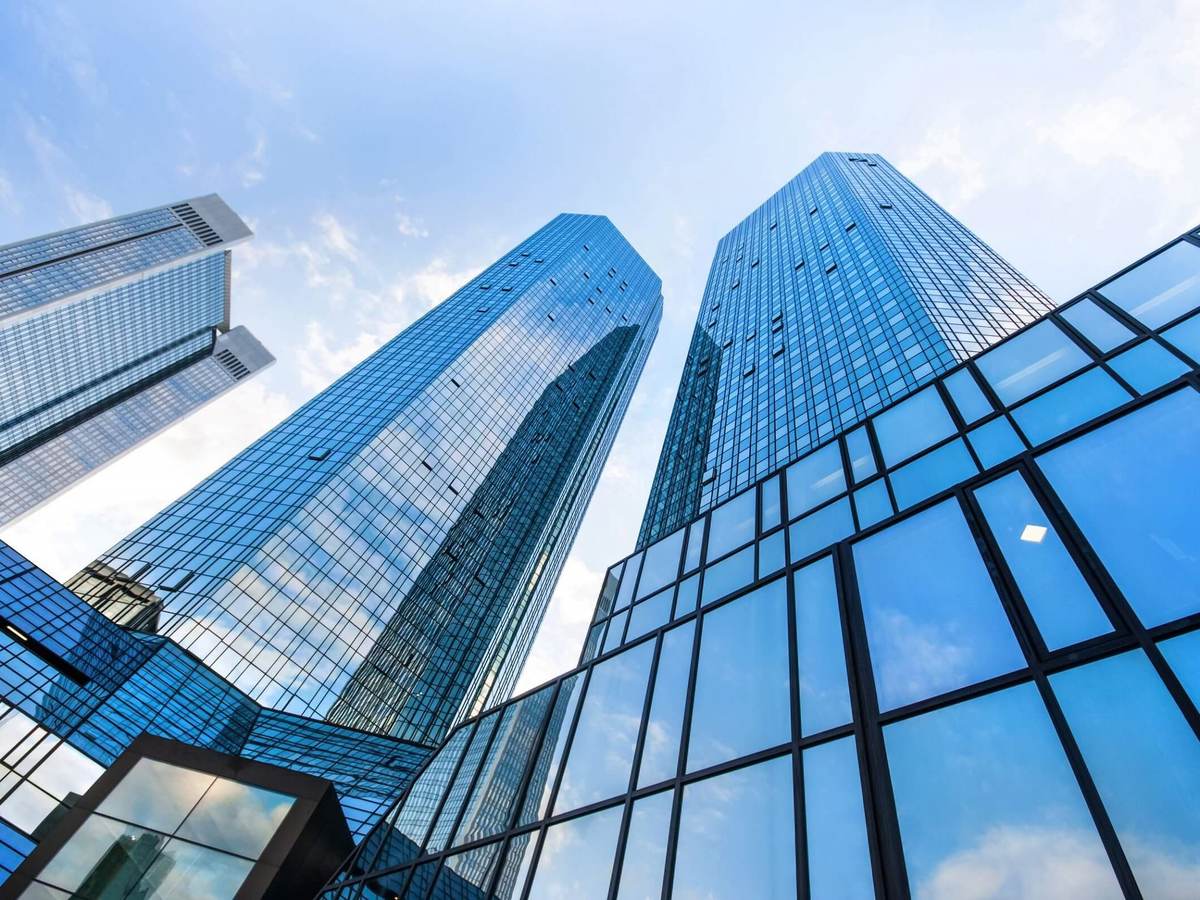 Here’s a sample from their lively conversation:

How will buildings change in the future?

GONCALVES:  Their exteriors are getting smarter to help shield occupants from pollution, noise and other elements. For example, if you’re on the 120th floor of a high-rise building, you want to be able to open a window and be confident that the outside air isn’t harmful. So, designers created a light sensor that changes color to indicate if it’s safe to open a window. We’re also seeing building façades capable of responding to the environment. On a sunny day, the glass can change tint to keep the heat and the sun from coming in too strongly.

SMEENK:  I see a building 10 years from now as a fully integrated, completely connected platform. Buildings will operate as a service. The building becomes the network, or application platform, to support the next generation of the ideas that will come.

STEGALL:  We must also address a global population that, by 2050, will increase by over 2 billion. Currently, the need is to retrofit and improve our existing buildings. At the same time, the demand to build new buildings is growing exponentially, which means building owners and businesses need to think about how they create efficiencies. Sustainability is the key driver for recycling and repurposing materials, and the health and well-being of the people who live and work in buildings.

GONCALVES:  With a growing population, we have densification in cities. We’re bundling buildings and making them taller because the more buildings we have in a dense area reduces the number of power plants all over the place. We’re building higher and taller to achieve a smaller footprint.

GONCALVES:  Buildings have to be designed to account for traumatic impact and instability. We have to research the impact of debris that flies into building façades during a large storm. Potential terrorist attacks are also a concern.

SMEENK:  There’s a big safety factor to consider. On the interior, we need to be able to recognize and locate people quickly and communicate emergency services. And, imagine being able to perform remote surgery on someone in a stairwell who’s been injured in a catastrophe.

BAILEY:  More buildings will incorporate microgrids so that they can operate if the energy grid goes down. This will add to their resilience factor during extreme events. In buildings with critical loads or hospitals that need to keep running, we’re already seeing a shift away from back-up diesel generators to lithium-ion battery banks.

GONCALVES:  We have to design differently to anticipate the disasters we might have. We will see more and more 3D printed buildings. Technology will change, and we will print these buildings on site. We’re using more prefabrication, so buildings could be built from a kit. They’ll arrive at the location in modules containing all the necessary components, like plumbing, electrical and intelligent components, and then be put up in a quarter of the time it now takes.

STEGALL:  And, some modularized buildings have already been constructed around the globe.

What about buildings that can respond to individuals? Can I have my surroundings adapt to my preferences, as though I have staff running ahead of me preparing each room for me to enter?

STEGALL:  Absolutely! Imagine you are a VIP hotel member and any of these hotels you travel to around the world immediately recognize you and welcome you to your tastes.

What other future needs will buildings address?

STEGALL:  The need to be mobile and work from anywhere is growing. I see buildings where space is a service. For instance, instead of traditional tenants, you might have a coffee space that you can rent out to companies who may want to come and host a team event. This creates some new and interesting models for tenants and multifunctional spaces with really cool vibes – great environments. And, everything will be connected. The interconnectivity is critical.

GONCALVES:  We’re already seeing condominium units coming to market for telecommuters, where you can go into the condo at night and it’s a bedroom. In the morning, the bed goes up and the space becomes an office. You can live and work in the same unit, and it’s all controlled with an app.

BAILEY:  There needs to be seamless communication. Your personal devices need to work everywhere. And, with some new technologies, like 5G, there are limitations to how well that can operate, so there needs to be a lot more investment in that space.

Do we have the energy to power these smart buildings?

BAILEY:  Historically, energy upgrades in a building realized the first returns on investment. Those same investments can be used to support the grid.

STEGALL:  We need to focus on recycling and zero waste, sustainability, repurposing, multipurpose. Buildings as a service and space as a service are things that have to grow.

GONCALVES:  We need to use more renewable and smarter materials. Right now, glass is predominantly being used in large buildings. But from an energy perspective, it’s more efficient to have a 5-foot insulated wall than a glass wall, so the glass and glass systems technology have to be more energy efficient.

BAILEY:  Utilities can’t solve this themselves. They’re going to rely heavily on building owners to make investments in energy systems in the buildings themselves, and have the ability to have their loads be flexible. During a peak period, if you can dim the lights or have the AC go up a few degrees, that will return revenue to the building owner to give the utilities some relief by creating a more dynamic infrastructure.

The buildings are thinking now. Making real-time decisions. But, the smarter a building gets, with more interoperability, the more we approach security concerns, right?

What about a building that is self-healing?

GONCALVES:  For a building to fix itself in the future, it would have to be constructed from materials that might have the DNA to do that.

BAILEY:  But if we build resilient buildings, they won’t need to be repaired as frequently.

SMEENK:  One of the biggest impacts on a building is flooding, so there’s a lot of activity to create sensors and pumps to prevent that flooding. Same with fire and smoke damage. If there’s a case where the relay shorts out, in normal circumstances that could cause a fire. But, with artificial intelligence and the data being utilized in the building, it now has enough information to say if the module shorts, take this action.

BAILEY:  We’ve also learned to not put key infrastructure in the lowest levels. Hurricane Sandy demonstrated that very clearly in New York City. Now, things are elevated and there’s a totally different mindset. A lot of smart systems have built-in redundancy to enhance reliability. If something fails there’s either a back-up mechanism or a workaround, so the sensors, electronics, will be cheaper and the decision-making will happen more quickly. There will be less human intervention and much less human error.

STEGALL:  So, with all these sensors that can tell you things like your furnace is getting to a control limit that you’ve identified or there’s a risk to external air quality so the window shutters automatically come down, that could be interpreted as self-healing.

What can we envision in the far-out future? Walking buildings? Arcologies?

GONCALVES:  Some engineers and designers are already modeling sustainable habitats in outer space. Thornton Tomasetti’s project, Destination Mars, is designed to be 3D-printed from materials extracted on Mars and built with little to no human involvement.

STEGALL:  Well, Earth is three-quarters covered by water. Why wouldn’t we create floating offshore towns and villages and cities?

GONCALVES:  I’ve actually seen a concept, called the Analemma Tower, to suspend a high-rise building in mid-air by an asteroid that’s been placed into orbit. And the building moves in orbit.