UVC light may be a powerful disinfectant, but its safe use requires safeguards with primary and secondary controls. 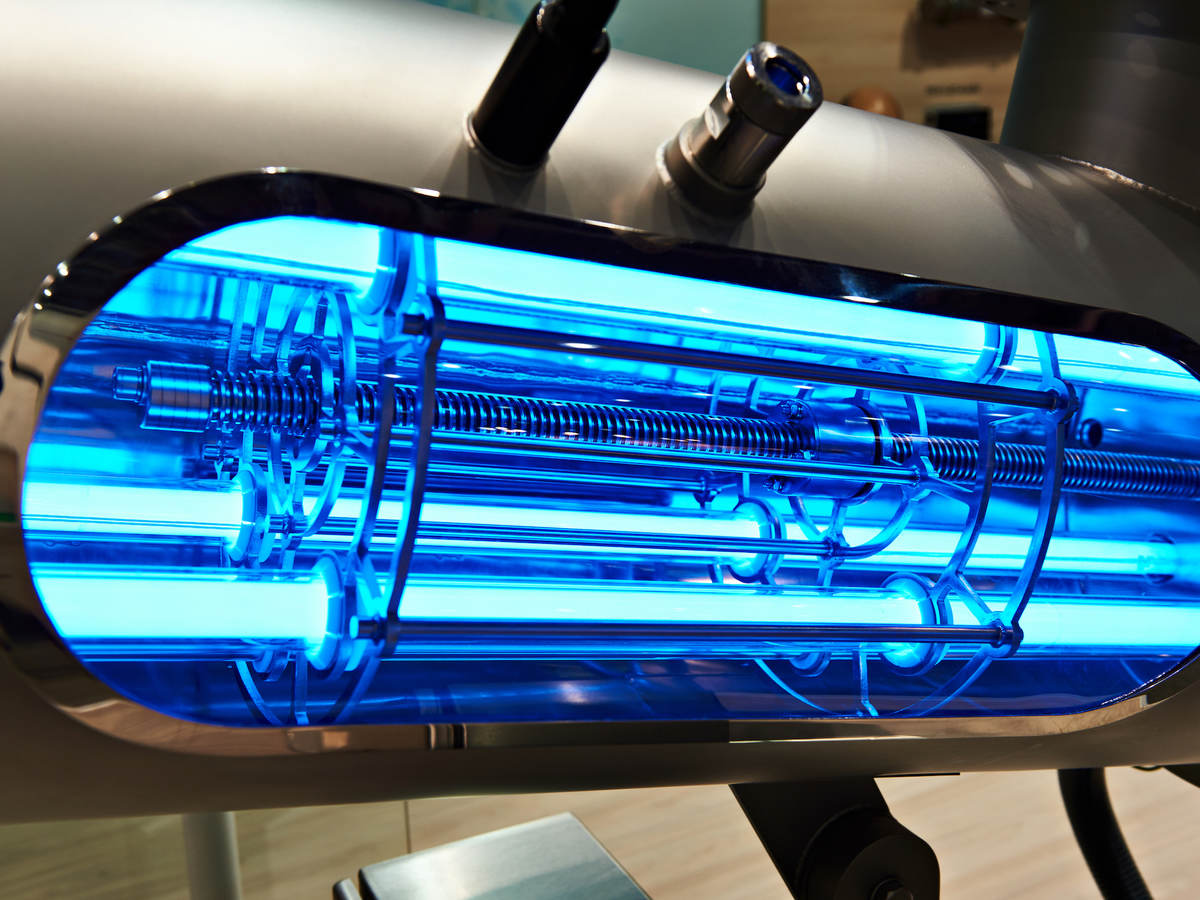 There is a buzz going on in the lighting industry, and it's more than increased energy efficiency or smart bulbs. The coronavirus challenge has led companies to develop Ultraviolet (UV) germicidal products to help mitigate infection.

UVC lamps have the power to disinfect air particles and high-touch surfaces, according to the National Center for Biotechnology Information (NCBI). According to Juan Caamano Jr., a principal designated engineer with UL's Lighting division, interest in UV sterilization systems' certification exploded in early April.

Cooper Lighting Solutions, a UL customer, is one example of a company interested in the UV sterilization marketplace. They reached out to Strategic Account Manager Kristin Burt, to see if UL could develop a germicidal UV solution's compliance path.

"We looked at the whole system to make sure there were safeguards in place with primary and secondary controls," Caamano said. "Because of the collaboration with Cooper Lighting Solutions, we now have requirements for UVC lights and casing decisions that companies can use to certify products in the space."

Cooper Lighting Solutions designed its system for use over areas such as restaurant kitchens, airport restrooms or even work cubicles. The system strategically places UVC light-emitting luminaries that shine down into the space to be sterilized.

Clearance buttons placed throughout the space force the system’s operator to walk through the room to make sure it’s empty. The operator has to push each switch to activate the system.

Once the operator has checked the room, she shuts the door and turns the system on. After a certain amount of time, the system turns off and people can reenter the room. If someone accidentally opens the door, a door switch, operating as a safety, shuts the system down.

"One of the issues we've seen with a lot of these germicidal products is the absence of safeguards," Barzideh said. "By that, I mean a mechanism or some other way of operating that prevents people from accidental exposure, even if they're not paying attention."

To help minimize the possibility of accidental exposure, UL built redundancies into the requirements. Multiple safeguards include key-operated switches, magnetic sensors and clearance pushbuttons. If someone were to walk through the door, they would break the magnetic sensor, forcing the system to shut down. Markings are also encouraged but do not count as safeguards in the requirement.

"We went so far as to ensure that this [the failsafe] would happen even if any single sensor failed," Caamano said. "There's redundancy built into the requirements, and we documented all of this in the outline of investigation.”

Safeguards work in tandem to further decrease the chance of accidental exposure. If someone's in the room, it's unlikely that the system can turn on, and if someone tries to enter the room while the system is operating, a safeguard prevents that from happening.

Barzideh added: "When we evaluate a system, we set it up in the most disadvantageous way allowed by the installation instructions. Then we perform fault testing to see what happens if someone tries to walk through the door, crawl through a window, bypass or break a safeguard. There has to be a backup to make sure the system prevents overexposure by either shutting down or not allowing it to turn on in the first place."

UVC light works by damaging the nucleic acids (DNA and RNA) of a microorganism. This cellular damage prevents the organism from reproducing. Because of its ability to halt reproduction, scientists classify UVC technology as germicidal radiation with sterilization and biocidal properties.

But, as useful as UVC is in rendering dangerous pathogens useless, its radiation doesn't discriminate. UVC light exposure harms all microorganisms — human, animal and plant cells included. And while it only takes seconds for overexposure to occur, symptoms may not become apparent for a day or two, leading to delays in treatment.

What's next for UVC lighting and UL?

From start to finish, the Lighting team took a few weeks to complete the investigation. UL published three sets of requirements as part of the germicidal systems outline of investigation plus a position paper to help consumers understand which germicidal devices are safe to use and how to operate them safely.

"It's pretty amazing how quickly we worked together to turn out the outline of investigation," Retter said. "It involved a lot of different parts and effort levels to bring it all together."

“It's fulfilling to work on a project like this, knowing that it's going to help the greater good," Burt said. "All you want to do is something to help us get through this pandemic. The Cooper Lighting Solutions project felt good, like everything is going to be OK."