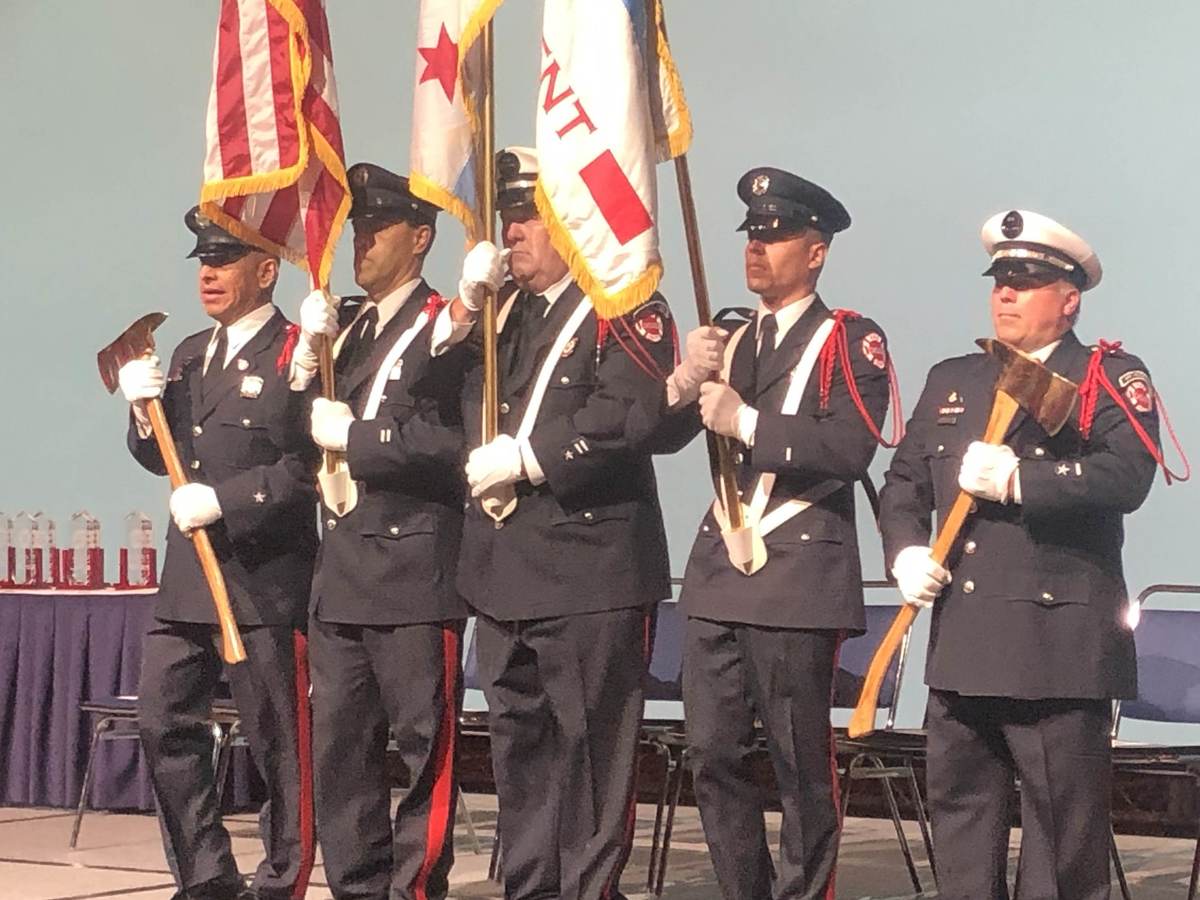 UL was delighted to attend the Chicago Fire Department Foundation’s second annual Tribute to Broad Shoulders Luncheon on Sept. 11, 2019, to honor the brave firefighters and paramedics who put their lives on the line every day.

The tribute luncheon shared the stories of six heroic firefighters and nine outstanding paramedics who acted with exceptional bravery and with selfless urgency under difficult circumstances to save the lives of others. Each first responder recognized received a custom placard to recognize their heroic actions.

This year’s event also took time out to honor a special 6-year-old hero with the foundation’s Life Saving Award. Jayden Espinosa was at a sleepover at a relative’s apartment in late July and awoke at 4 a.m. to the smell of smoke. He suddenly realized flames were beginning to spread. He alerted his family and others in the building, saving 13 people total and getting them out of the burning building without injury. The Chicago Fire Department arrived to extinguish the fire, however, extensive damage to the building occurred. If it were not for Jayden’s quick actions and the skills he had learned through his kindergarten class, the fire could have resulted in multiple fatalities.

The Chicago Fire Department Foundation was created to support firefighters, paramedics and their families in times of need. The foundation aims to reduce fire deaths and injuries, and help Chicago become the most prepared city in the nation.