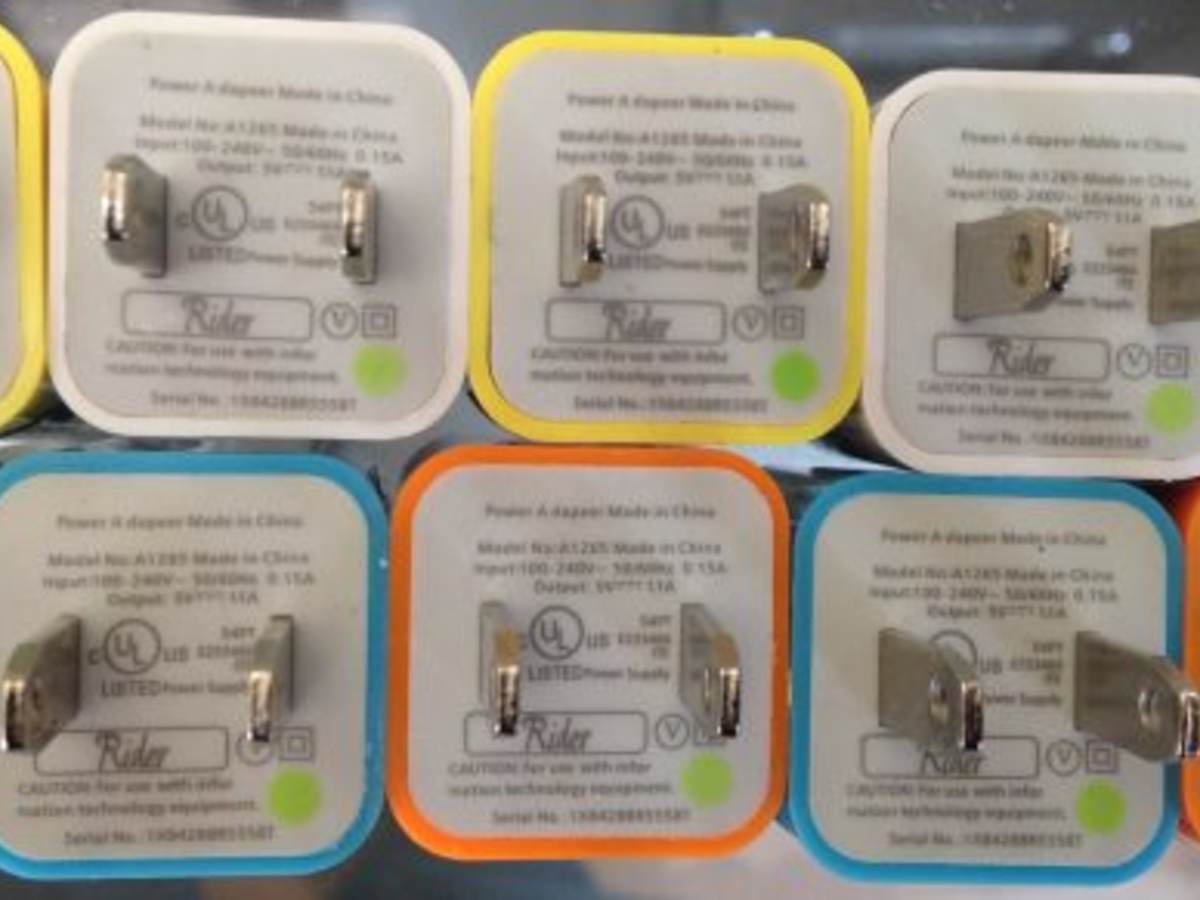 Research about counterfeit power adapters from UL should be required reading material for all shoppers before making digital purchases. Law enforcement officials, brands, manufacturers and retailers also will gain many insights from this research.

Reputable manufacturers and companies devote significant resources to make their adapters safe including subjecting them to rigorous third-party testing. However, some manufacturers produce counterfeit or unauthorized adapters that cut corners on safety to offer a lower-priced item, putting consumers’ lives at risk.

UL’s research demonstrates exactly how much is at risk. In a controlled test program conducted by engineers at UL Canada, 400 counterfeit iPhone adapters with unauthorized UL certification marks were subjected to two product certification tests—an electric strength test and a touch current test—to identify potential safety risks related to electric shock. The counterfeit adapters were obtained from multiple sources in eight different countries from around the world, including the United States, Canada, Colombia, China, Thailand and Australia.

The results were shocking. Only three of the 400 samples passed the electric strength test, a 99 percent failure rate, and 12 of them were so poorly designed and constructed that they posed a risk of lethal electrocution.

Selected construction reviews by UL found issues with the isolation transformer design in these adapters. The internal components proved to be vastly different when compared with a genuine UL Listed Apple adapter. Post-testing analysis of the tested samples also revealed a lack of triple isolation wire used for the secondary windings, and neither the primary or secondary windings were separated properly, the major reason for the dramatic failure rate on the electric strength test.

Identifying a counterfeit power adapter is not easy, but there are some telltale signs. Most telling is an unusually low price compared with a genuine Apple iPhone adapter. Spelling or grammatical errors in the printed text on the packaging or non-white colors used for the product or packaging all should raise concerns. Finally, the iPhone power adapter should come with a certification mark such as a UL Mark to indicate that the device has been tested for compliance with applicable safety standards.

“Based on our research, we strongly advise consumers purchase UL certified adapters manufactured by Apple or other legitimate sources to keep themselves and their families safe this holiday season,” said John Drengenberg, Consumer Safety Director.