A 2009 fire led to significant changes to NFPA standards governing fire sprinkler systems. The race was on to find an acceptable antifreeze solution that met the new requirements in UL 2901. 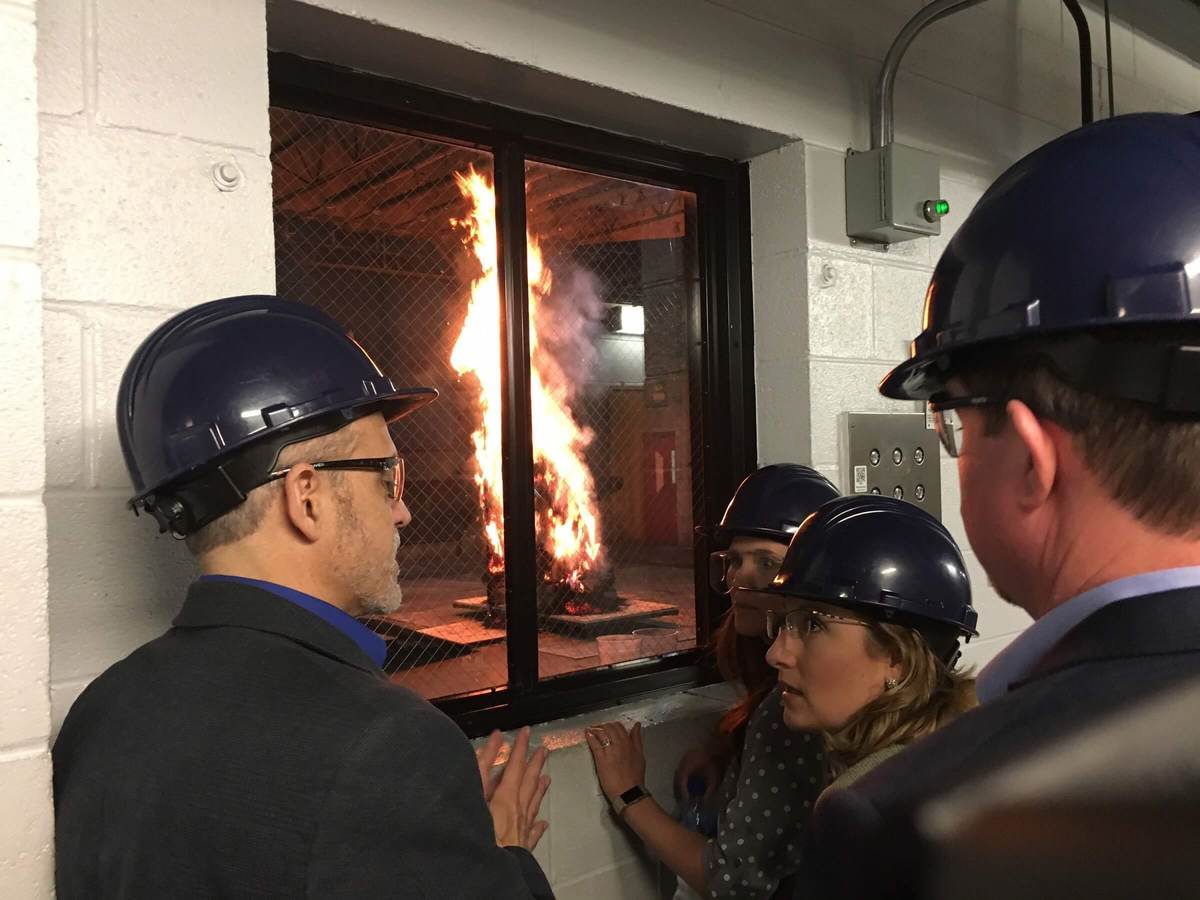 Ten years ago, one incident changed the decades-old standard for fire sprinkler systems forever. A fire report from an August 2009 fire in California indicated that an antifreeze solution – a common additive to keep fire sprinkler pipes from freezing during cold weather – might have ignited when it discharged during a residential facility fire.

Fire researchers raced to investigate this potential safety hazard. The clock had started on what was to become a decade long journey to find a suitable replacement.

Historically, fire sprinkler system installers added antifreeze solutions whenever a system or portion of the system was subject to freezing. Traditional solutions generally consisted of propylene glycol or glycerin, combustible liquids that were mixed with water to offset its incendiary properties. The solution of glycol and water was thought to be safe even though the fire protection industry had not yet developed specific requirements around the testing of the mixture.

“The only consideration with antifreeze, before 2009, was whether it could be used with the pipe material and the freezing point specified by the antifreeze manufacturer,” said Manny Silva, chief engineer for JCI Fire Suppression. “There were tables available, and depending on the type of antifreeze, it could be mixed in the field.”

Following the California incident, the research foundation of the National Fire Protection Association (NFPA), along with UL, worked to understand whether certain concentrations of antifreeze in sprinkler systems could ignite if the solution discharged over a fire.

Their research showed that some types of antifreeze could cause the heat released by fire to increase instead of being suppressed by an activated fire sprinkler system.

Acting quickly, the NFPA enacted emergency changes, known as “Tentative Interim Amendments” (TIA), to its installation standards. The new TIA imposed stringent restrictions on the types of antifreeze that could be used in existing fire sprinkler systems while limiting new systems to the use of listed antifreeze solutions.

Except, as Silva pointed out, “there weren’t any listed solutions currently on the market.”

Not only were retail shelves missing a product that qualified as ‘listed,’ the standard to test and qualify an antifreeze solution was missing as well.

“I hate to call it a race, but the clock was definitely ticking on the industry,” Silva said.

In search of a listed solution

A mechanical engineer, Silva and the team of engineers in Cranston, Rhode Island, designed components mostly for fire sprinkler systems, and as he described it, “We weren’t really thinking about solving the antifreeze issue here because we’re not a bunch of chemists, nor do we have the expertise.”

However, the quest for a listed antifreeze product came to the forefront when Silva received a phone call in 2012. A chemist with JCI’s special hazards business in Marinette, Wisconsin, had developed an antifreeze solution that he thought could qualify as listed, and he needed the expertise of the Cranston team to help assess the formula.

Silva performed basic testing on the chemist's antifreeze solution – leakage tests and freeze tests – to see whether the formula was viable. Internally, the preliminary results looked good, so Silva contacted UL to explore further testing of the formula, a prerequisite for certification. By that time, however, UL had developed UL 2901, the Outline of Investigation for Antifreeze in Fire Sprinkler Systems.

Undeterred, the team decided to schedule preliminary testing of the solution with UL. Silva explained that the Cranston facility couldn’t perform all the testing, especially a specialized test called “exposure to fire,” which sprays the antifreeze solution on the fire to see if it inflames the inferno.

Unfortunately, it was back to the drawing board for the team as their antifreeze solution didn’t pass the test. The team, however, viewed it as an opportunity to discover why the solution failed and studied what changes needed to be made to improve performance.

“The requirements in UL 2901 are quite challenging,” Silva said. “We learned a lot through the first iteration, though, – how UL conducted the test and its challenges – and we spent some time reformulating our solution before submitting it again to UL.”

It was now 2016, three years after their initial submission. The team had developed, tested and discarded iteration after iteration, but with each prospect, the team gained a greater understanding of the scope of the antifreeze dilemma.

They also learned more about the testing process as the Standard addressed several potential concerns regarding the use of antifreeze beyond possible ignition. UL 2901 included requirements that addressed the stability of the solution, effects when exposed to certain materials associated with sprinkler systems, human health and environmental impact, fire performance, hydraulic characteristics and marking and installation specifications.

“It took a lot of time to get everything prepared adequately,” Silva said. “We had to get metal coupons for the corrosion rate tests and the stress corrosion cracking test plus the polymeric materials – plastic pipes, brackets and so forth.”

Several leakage tests were performed in addition to tests to evaluate the corrosive effect of the solution.

“You don’t want the solution to degrade any of the materials being used, so you make a list of all the possible materials that it could be in contact with,” Silva said. “And, you perform appropriate tests to show that the solution won’t degrade those materials over time.”

By the time the team’s final antifreeze solution was certified, listed and approved, the team knew a lot about their product. They had developed and discarded over 25 different iterations before passing each of the tests required by UL 2901. Their TYCO® LFP® Antifreeze was announced in late 2018 as the first UL Listed antifreeze solution for fire sprinkler systems. It complies with NFPA requirements along with effective freeze protection to -10 degrees Fahrenheit or -23.3 degrees Celsius.