It’s all Heart and Passion with UL’s Elaine Wilder 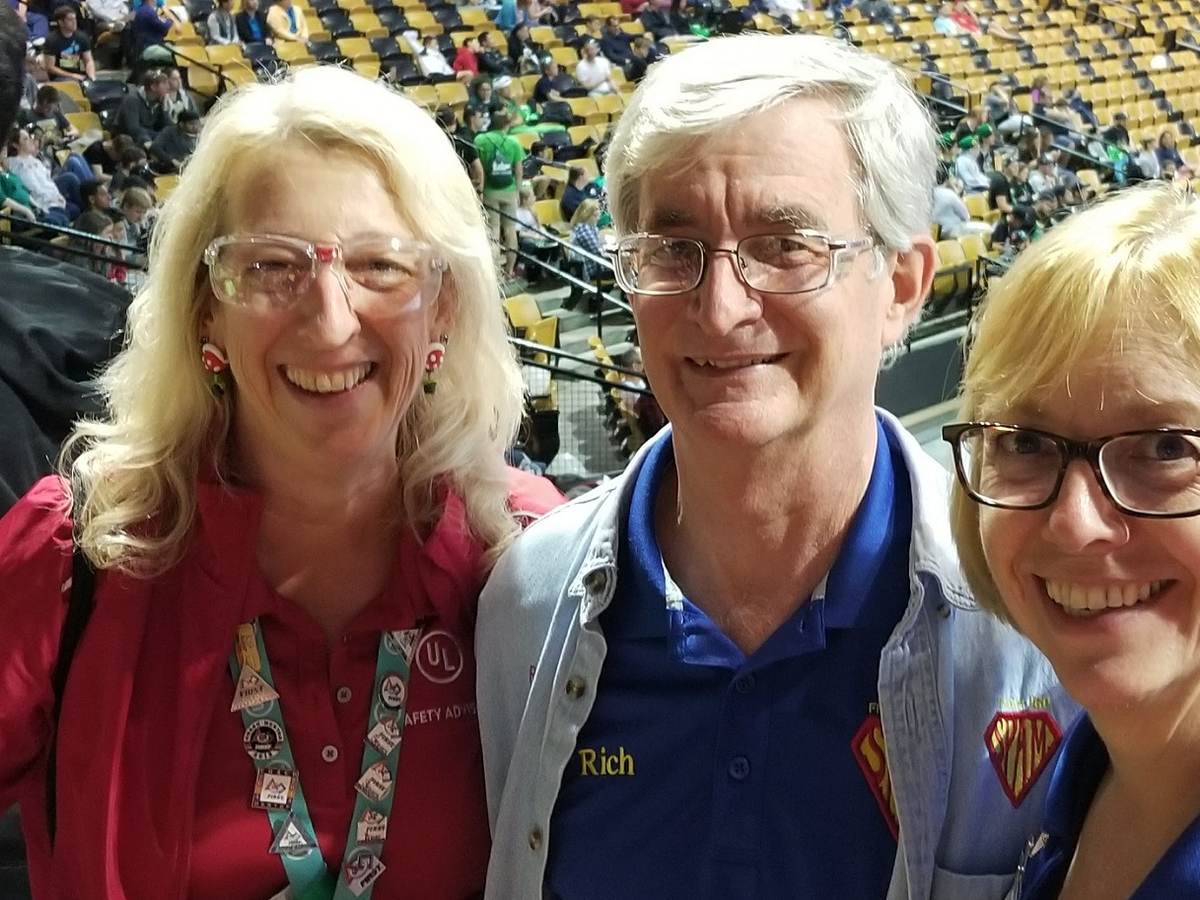 Elaine Wilder, a project specialist and member of the UL Corporate Sustainability Council, has always been involved with volunteering. She was the scorekeeper at her children’s games, dugout mom and the lady who baked cookies.

When her son was in high school, the booster club needed someone to help raise money, so she stepped up, eventually became the treasurer and served for 15 years. However, this is just the beginning of Wilder’s volunteer journey.

“My mom had volunteered her entire life,” Wilder said. “Looking back, it’s clear that’s where my passion for volunteering came from.”

After UL acquired Wilder’s company in 2011, she looked for ways to get involved outside the office without any luck. However, Wilder found the key to volunteerism at UL when she went to the 2012 national championship for FIRST Robotics to support her nephew and his team.

While sitting in the stands, she noticed a lot of UL people walking around in green shirts. Eventually, she approached one of them to ask what UL was doing at the competition, only to discover that UL volunteers with FIRST Robotics teams and at events across the country.

At one point during the competition, Wilder looked over and saw Keith Williams, CEO of UL, sitting three rows away from her. She went over and introduced herself to Williams, and as they talked, she said she wanted to get involved with FIRST Robotics.

Moreover, as Wilder tells the story, Williams told her to, “Go back to Franklin and find a team for UL to sponsor; I want FIRST Robotics teams everywhere we have people.”

So, that is what Wilder did. She found a team to sponsor in her hometown, Franklin, Tennessee.  Additionally, in 2014, she was invited to join the newly formed UL/FIRST Steering Committee. Her responsibilities include employee recruitment and registration for hundreds of events in North America.

“It is truly rewarding surviving a FIRST Robotics season and being able to look back on the expertise UL has brought to the roughly 155 events each season and the thousands of students we can reach every year,” she said.  “Meeting UL colleagues I don’t work with on a day-to-day basis is another huge perk of being involved with FIRST Robotics”.

Since Wilder’s chance meeting with UL’s CEO, she has found many opportunities to volunteer through UL’s initiatives. One of her favorite organizations is UL’s Pure™Heart, which organizes community engagement opportunities for UL employees and their families to contribute time, materials and financial donations to various local charitable organizations in Tennessee.

The PureHeart team also has a significant relationship with the Nashville Rescue Mission, an organization that works tirelessly to combat homelessness in our community. The team supports them with donations and volunteers who serve meals at the mission.

“What I love about PureHeart is that everyone can join,” Wilder said.

Wilder also collaborated with Nate Brown, a software manager at UL, to bring Safety Smart®, a program designed to improve children’s understanding of safety, health and environmental issues, to the Adventure Science Center in Nashville, Tennessee.

“The goal was for Safety Smart to reach a bigger audience and get adults involved too by hosting a Safety Day, and the center was a perfect opportunity to do this,” Wilder said.

Brown and Wilder met with staff from the Adventure Science Center many times before the event became a reality. Now, each June, Brown, Wilder and 30 colleagues along with their families present Safety Smart to more than 1,200 people who come through the building.

“This was a dream Nate Brown and I had for a while. Nate’s vision drove it, and I was more of the logistical person,” she said.

The event includes a welcome table that highlights UL as a company plus numerous activities designed to teach children in a fun way.

“Finally, we have a prize table where children who have visited all the tables spin the wheel for a Safety Smart ruler, pencil or awareness band. This is a true family event where our UL family can present safety awareness to our community,” Wilder said.

When it comes to the reasons behind Wilder’s volunteer efforts at UL, she said, “We work for a company that deserves to be respected. You are representing UL on a big stage —  there’s a big source of pride in knowing what we mean to people.

“I get a feeling of being loved and appreciated. Volunteering helps me find purpose and connect with my community by feeling involved —  for me, it makes me count my blessings,” Wilder concluded.