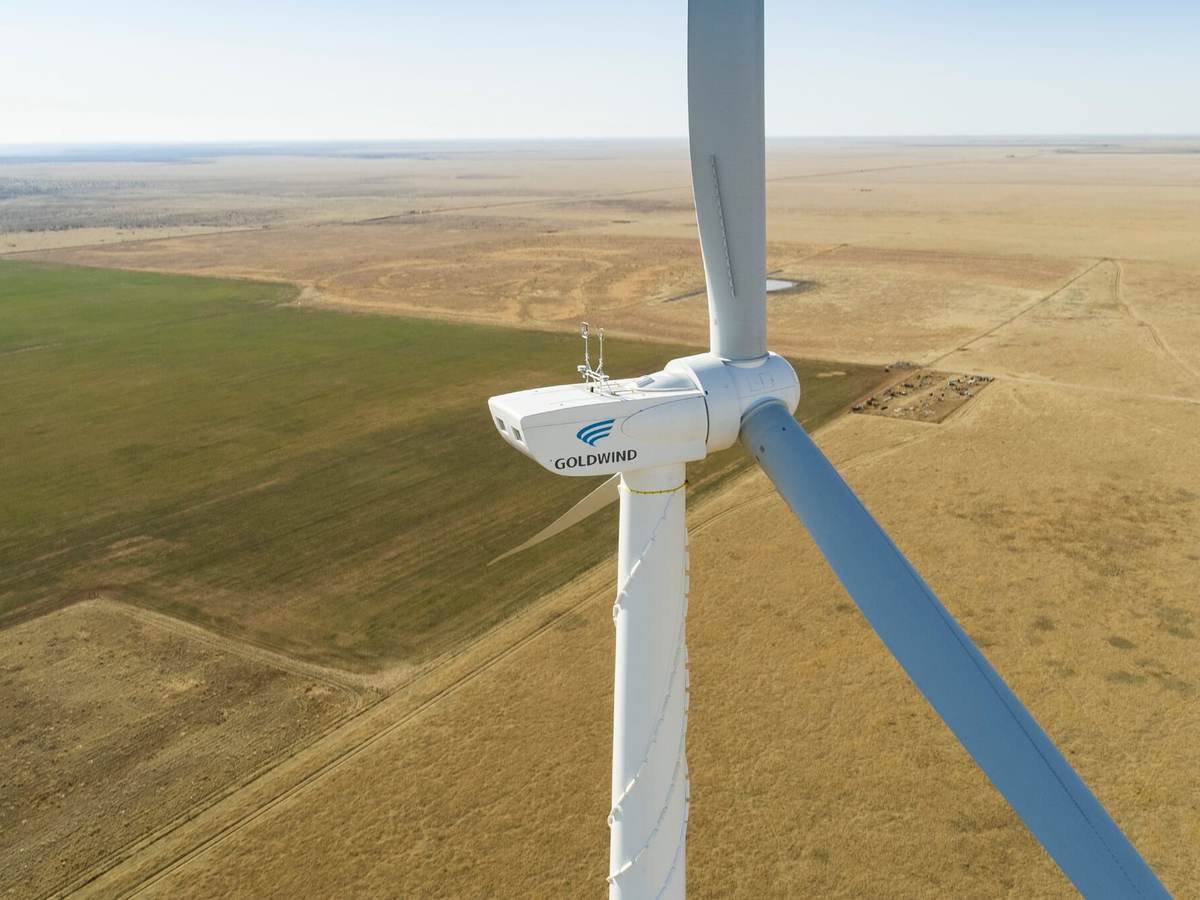 Most travelers have become accustomed to the sight of wind turbines dotting the landscape, but one West Texas turbine stands head and shoulders above all the others in North America. The height from the ground to the tip of its blade stands 653.5 feet above the plain. By comparison, that is almost 50 feet more than the height of the Seattle Space Needle.

The wind turbine’s journey started in Beijing, China with a company’s drive to expand its footprint beyond Asia to solidly plant itself in North America. However, as with most expansions, reality often trumps desire, with bumps and roadblocks slowing down even the best-laid plans.

“In the early days, we were at a little bit of a disadvantage because we entered the market later than most other companies and we brought with us a newer technology that hadn’t been tested and proved out in North America,” said Lauren La Marche, director of marketing and communications for Goldwind Americas. “We also faced questions from our customers about the bankability of our product and whether Goldwind would be invested in this market for the long-term.”

A valid concern as a lot of other Chinese turbine manufacturers realized they couldn’t break into the North American market and exited the region. Goldwind is the last of the Chinese manufacturers remaining in the U.S. market, said La Marche.

“Our strategy all along was to prove out our best-in-class technology through a combination of investing and owning our own wind turbine projects,” she said. Goldwind’s turbine installations currently total 356 megawatts (the sum of all wind outputs) with 21 projects in nine U.S. states, with an additional 270 megawatts in Panama.

Goldwind had wanted to bring their GW 3S prototype to the U.S. for a while but the time was finally right as North American wind farms moved towards a three-megawatt platform - bigger rotors and bigger generators.

But, where should it go?

Where the strong winds blow

“The profile of the facility is perfectly suited with its strong wind, flat land, and no immediate neighbors,” said Jason Hopkins, business development manager, UL's Energy and Power Technologies division. “We have a building and a technical staff member always on site, so we essentially have eyes on the turbine 24/7, which is very unique.”

The Texas climate appealed to Goldwind, too. The company saw this as an opportunity to demonstrate its capabilities outside China.

“Testing in a Western market, specifically Texas, provides our customers with an at-home advantage in reviewing the technical capabilities of our turbine,” said La Marche. “The location showcased what people are looking for from this market in terms of technology and offered unmatched resources for the project.”

Additionally, the Texas location offered other benefits as well, according to Hopkins. Available land, a working facility and the on-site technical staff saved Goldwind time and money.

“Not only did it mitigate their risk in selecting a site, but the testing duration was greatly reduced through a combination of excellent wind resources and nearly zero downtime. Goldwind also leveraged the office and conference facilities for both their commissioning and testing team as well as potential customers,” said Hopkins.

Everything is not only bigger in Texas, but faster, too

Construction on the turbine started in early 2018, with power produced on April 11, 2018 - just a little over three months to mechanical completion.

The contractor dedicated the better part of a month to building the roads and excavating the foundation. The project included 71 tons of rebar, three cranes, 16 semi-trucks filled with crane mats and 772 cubic yards of structural concrete.

The Amarillo Globe-News reported about 100 truckloads of crane parts were delivered just to assemble the main crane for the installation of the turbine prototype.

“It’s become a local landmark,” said Byron Neal, the director of UL's Advanced Wind Turbine Test Facility at West Texas A&M University. “It’s easily seen from 20 miles, and I’ve had a number of people visit the site...they just saw it on the horizon and decided to check it out.”

An anecdote that hits home when you’re trying to increase interest in a product.

“When customers see the West Texas turbine, they ask, ‘Is that the machine that’s going to be on my site?’,” said La Marche. “This facility is an opportunity for us to let customers see the turbine first hand.”