Sweeping changes in how we regulate and market personal flotation devices makes it easier for water enthusiasts to decipher life jacket labeling. 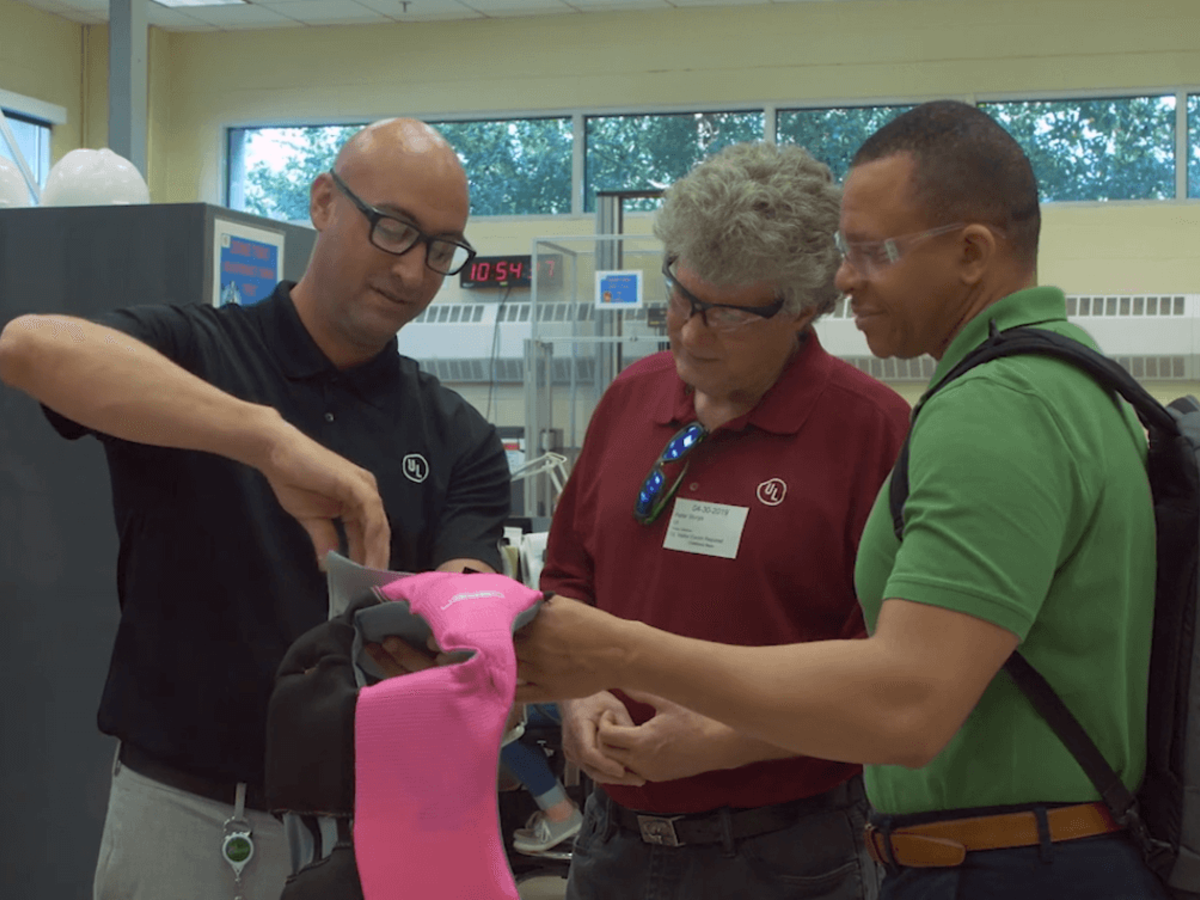 No one could have predicted that a meeting between former U.S. President Barack Obama and former Canadian Prime Minister Stephen Harper would lead to sweeping changes in how we regulate and market flotation devices.

The creation of the U.S. - Canada Regulatory Cooperation Council (RCC) in 2011 led to more effective approaches to regulation and helped strengthen not only the ties between the two countries but their economies, as well.

“What they were trying to do was develop reciprocity across the U.S./Canada border,” explained Chris James, principal engineer in UL’s Building, Life Safety and Technology division for flotation devices. “President Obama and Prime Minister Harper wanted to remove any unnecessary regulatory barriers between the U.S. and Canada.”

The RCC facilitated closer cooperation between both countries and led to harmonized regulatory practices along with the removal of many duplicative procedures. During the development of this council, the discussion of life-saving appliances, which included personal flotation devices, rose to the surface.

Water was the common denominator as shipping vessels routinely sailed between the two countries. Harmonized regulations would allow users, as well as shipping company owners, to be compliant because, until that point, a different personal flotation device was required for each country’s territorial body.

“That was a huge barrier for flotation device manufacturers, as well as users,” James said. “Because at this point, if someone had started their day of boating on Lake Superior from the U.S. and crossed into Canada, that person could be stopped and legally given a ticket if they only had USCG approved flotation devices on board.”

Under the direction of the RCC, a Standards Technical Panel (STP), a group of individuals representing a variety of interests formed to review proposals related to UL Standards for Safety, worked to develop a binational standard that would be acceptable by U.S. and Canadian stakeholders, such as regulatory bodies, manufacturers and other user groups.

The STP used existing international standards, ISO 12402-5 and ISO 12402-9, as the base document for their work. The ISO, or International Organization for Standardization,  is made up of representatives from various international stakeholders and is accepted in various countries around the world.

One, two, three for safety

One of the biggest differences between the legacy requirements and the new standards are the marking and labeling information provided on the life jacket. Because labels can be quite wordy and the fact that both English and French languages are required, the new standards replace much of the required text with icons.

There are three different types of icons on each device. The first icon identifies the overall performance rating of the device, such as Level 70. The performance level relates to its in-water and mechanical performance, as well as the environment in which the device will be used.

The second icon represents the largest change on the life jacket labels, according to James. This icon depicts whether or not a device can turn an unconscious wearer from a face-down position to a face-up position without any action of the user. The graphic representation shows a device turning by depicting a circular arrow or not turning by illustrating a slash through the circular arrow.

“A common Level 70 device for adults, youth or children is not tested and evaluated for turning performance,” James said. “Although all devices will not turn an unconscious person, all devices are required to allow a conscious person to turn themselves to a face-up position.”

The last icon included on the device label is the intended use icon. In other words, is it good for personal watercraft or high-speed water sports? Can it be used for whitewater rafting? Some devices are constructed for certain types of usage and have their own construction requirements, while others are constructed for general boating with no limitations on use.

“For an example, if you're going to build a device for water skiing, the standard requires that the device has three front closures (e.g., buckles, zippers, etc.,) with two of the closures fully encircling the body,” James said.

If the construction of the device doesn’t meet the intended use requirement, the icon would show a water ski handle, a personal watercraft and a tube with a slash through that piece of equipment.

“It tells a user this device is not recommended for those intended uses,” James said.

To help life jacket users decode the icons, a two-sided, one-page placard is required to be attached to each life jacket certified to ANSI/CAN/UL 12402-5. The placard also helps consumers select the right device based on its intended use and the expected water environment.