Third-party certification of your plastic materials performance, especially as it relates to flammability and long-term exposure to outside influences. 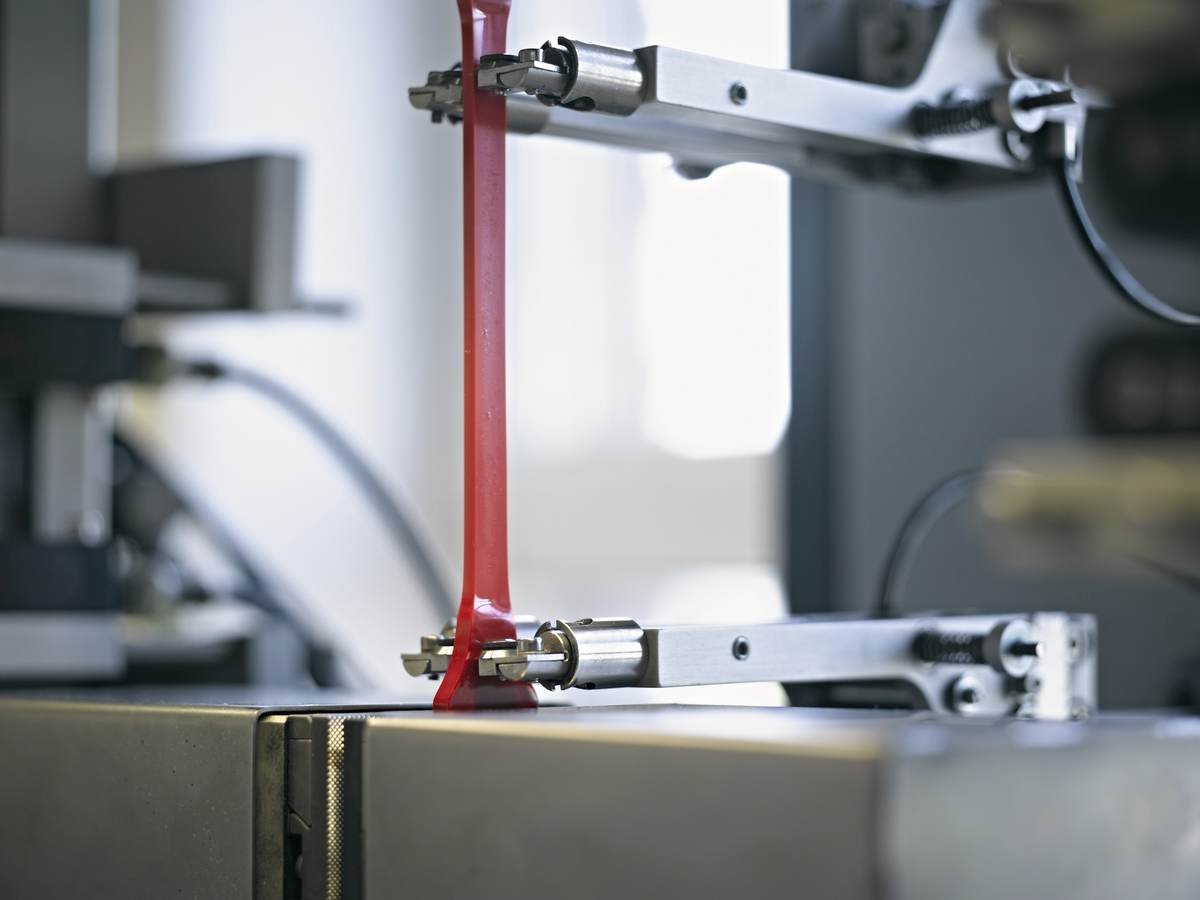 Plastic products need to be tested to ensure that they meet a very specific set of regulatory safety and quality standards. Our testing program does just that by evaluating and analyzing the standards and properties of your plastic materials.

Our evaluations include the determination of material flammability (burning characteristics), ignition characteristics from various thermal and electrical sources, and electrical tracking. Our team is also equipped to test for property retention, specifically as it relates to long-term exposure to elevated temperatures (air-oven aging), water, ultraviolet light, cold and other outside influences. With so many resources at our fingertips, additional electrical characteristics and analytical tests can be easily be performed at your request.

Standards and properties evaluated by UL include:

There are two preselection test programs conducted on plastic materials to measure flammability characteristics. The first program determines the material’s tendency to either extinguish or spread the flame once the specimen has been ignited. The program is described in UL 94, the Standard for Tests for Flammability of Plastic Materials for Parts in Devices and Appliances, which is now harmonized with IEC 60707, 60695-11-10 and 60695-11-20 and ISO 9772 and 9773.

The second program measures the ignition resistance of the plastic to electrical ignition sources. The material’s resistance to ignition and surface tracking characteristics is described in UL 746A, which is similar to the test procedures described in IEC 60112, 60695 and 60950.

There are 12 UL 94 specified flame classifications assigned to materials based on the results of these small-scale flame tests. These classifications, listed in descending order for each of the following three groupings, are used to distinguish a material’s burning characteristics after test specimens have been exposed to a specified test flame under controlled laboratory conditions.

Specimens molded from the plastic material are oriented in either a horizontal or vertical position depending on the specifications of the relevant test method. They are then subjected to a defined flame ignition source for a specified period of time. In some tests, the test flame is only applied once — as is the case in the horizontal burning (HB) test — while the flame is applied at least twice in other tests.

An HB flame rating indicates that the material was tested in a horizontal position and found to burn at a rate less than a specified maximum.

The three vertical ratings — V2, V1 and V0 — indicate that the material was tested in a vertical position and self-extinguished within a specified time after the ignition source was removed. The vertical ratings also indicate whether the test specimen dripped flaming particles that ignited a cotton indicator located below the sample.

UL 94 also describes a method in which the test flame is applied for up to five applications in testing for a 5VA or 5VB classification. These small-scale tests measure the propensity of a material to extinguish or spread flames once it becomes ignited.

Difference in test methods and criteria

When looking at flame ratings for plastic materials commonly molded to fabricate enclosures and structural parts/insulators found in consumer electronic products (5VA, 5VB, V-0, V-1, V-2 and HB), a material classified as 5VA or 5VB is subjected to a flame ignition source that is approximately five times more severe than that used in the V-0, V-1, V-2 and HB tests. Also, these specimens may not drip any flaming particles. Three of the remaining six classifications specified in UL 94 relate to low-density foam materials commonly used in fabricating speaker grills and sound-deadening material (HF-1, HF-2, HBF). The remaining three classifications are assigned to thin films commonly used in flexible printed wiring boards, generally not capable of supporting themselves in a horizontal position (VTM-0, VTM-1, VTM-2). A flame rating of VTM-0 cannot be considered equivalent to a V-0 rating, as the test methods are quite different. Likewise, VTM-1 and VTM-2 cannot be considered equivalent to V-1 and V-2 respectively.

In addition to flammability considerations, a material’s ability to resist ignition from electrical sources is another important factor that must be considered in the selection and evaluation of a material for use in electrical equipment. Possible electrical ignition sources in equipment include:  overloaded (overheated) electrical conductors and components; arcing parts, such as the open contacts of switches and relays; and arcing at broken or loose connections, e.g., splices or terminals. Polymeric materials in direct contact with or in close proximity to overloaded or arcing electrical parts could ignite.

The HWI test determines a material’s resistance to ignition when exposed to abnormally high temperatures resulting from a component failure, such as a conductor carrying far more than its rated current. HWI performance is expressed as the mean number of seconds required to ignite a specimen when wrapped with an energized nonchrome resistive wire that dissipates a specified level of energy.

The HAI test determines a material’s ability to withstand electrical arcing either directly on or just above the surface of the plastic material. This can occur in the presence of open switch contacts or in the event of the failure of an electrical connection. HAI performance is expressed as the number of arc rupture exposures — using standardized electrode materials, geometry and electrical supply circuit — required to ignite a specimen when the arc occurs directly on the surface or a specified distance above the surface.

The HVTR for a material is expressed as the rate in inches per minute that a tracking path can be produced on the surface of the material under standardized test conditions. This test relates to the establishment of an electrically conductive path on the surface of a solid, insulated material as a result of electrical stress.

Another ignition test can be applied to measure a material’s resistance to ignition property. This test is the glow-wire ignitability test and is described in UL 746A and UL 746C, the Standard for Polymeric Materials, Use in Electrical Equipment Evaluations. The test method is based on a test procedure that is documented in IEC 60695 and specified in numerous IEC end-product specifications, including IEC 60335-1. The test is somewhat similar to the HWI test in that it measures a material’s resistance to ignition on application of a heated non-flaming source.

Materials for use in special environments are investigated for specific end-use product applications where requirements exist for the retention of properties after exposure to certain critical operating and/or environmental conditions. This includes exposure to various types of ultraviolet (UV) radiation.

UL 746A electrical and mechanical properties

The following tests determine the electrical properties of polymeric materials:

UL 746A resistance to ignition of polymeric materials

The following tests determine the resistance to ignition of polymeric materials:

Most materials covered by this program have been investigated with respect to retention of certain critical properties including dielectric, tensile and impact as part of a longtime thermal-aging program conducted in accordance with UL 746B, the Standard for Polymeric Materials, Long Term Property Evaluations.

The end-of-life of a material at each test temperature in this program is assumed to be the time when the value of the critical property had decreased to 50 percent of its original (as received) value. If a material has been investigated under the thermal-aging program, the relative temperature index (RTI), in degrees Celsius, shown is based on a comparison with a material which has acceptable service experience and correlates numerically with the temperatures above in which the material is likely to degrade prematurely.

If a material has not been investigated under the thermal-aging program, the RTI shown is based on the generic class of the material. A tabulation of the temperature indices according to the generic material class is included in UL 746B and is based on the past field-test performance and chemical structure.

More than one RTI may be appropriate for a given material depending on the property requirements for a specific application. In certain cases, higher temperatures are permitted if so specified by the end-use product standard.

RTI is the maximum service temperature for a material where a class of critical property will not be unacceptably compromised through chemical thermal degradation. This spans over the reasonable life of an electrical product relative to a reference material having a confirmed, acceptable corresponding performance-defined RTI

RTI Elongation is associated with critical toughness, resilience and flexibility for films and other nonrigid materials.

A material considered suitable for outdoor use has gone through testing in accordance with UL 746C, Polymeric Materials, Use in Electrical Equipment Evaluations as follows:

The material is tested for flammability, mechanical impact and mechanical strength before and after exposure to these conditions. Test results may lead to one of the following outcomes:

(f1) — This footnote indicates that the material has met both UV and water exposure or immersion requirements as called out in UL 746C. The material is suitable for outdoor use with respect to exposure to ultraviolet light, exposure to water, and immersion in accordance with UL 746C.

A custom-compounding plastics company typically purchases a neat natural resin from a plastics supplier and enhances that formulation by introducing an additive concentrate package to generate a new product. This newly Recognized material is tested and published under the component-plastics category (QMFZ2). The component-concentrates category (QMLJ2) permits the Recognition of the additive concentrate package that was blended with the Recognized neat base resin to produce the newly formulated Recognized plastic.

The color concentrate category (QMQS2) offers end-product manufacturers faced with these challenges the option of ordering the necessary amount of the Recognized neat natural resin while also obtaining a color concentrate Recognized for use with the Recognized plastic. By dry blending the two materials without exceeding the published maximum let-down ratio, end-product manufacturers can produce the contracted part, which is typically more cost-effective than ordering a custom Recognized plastic. 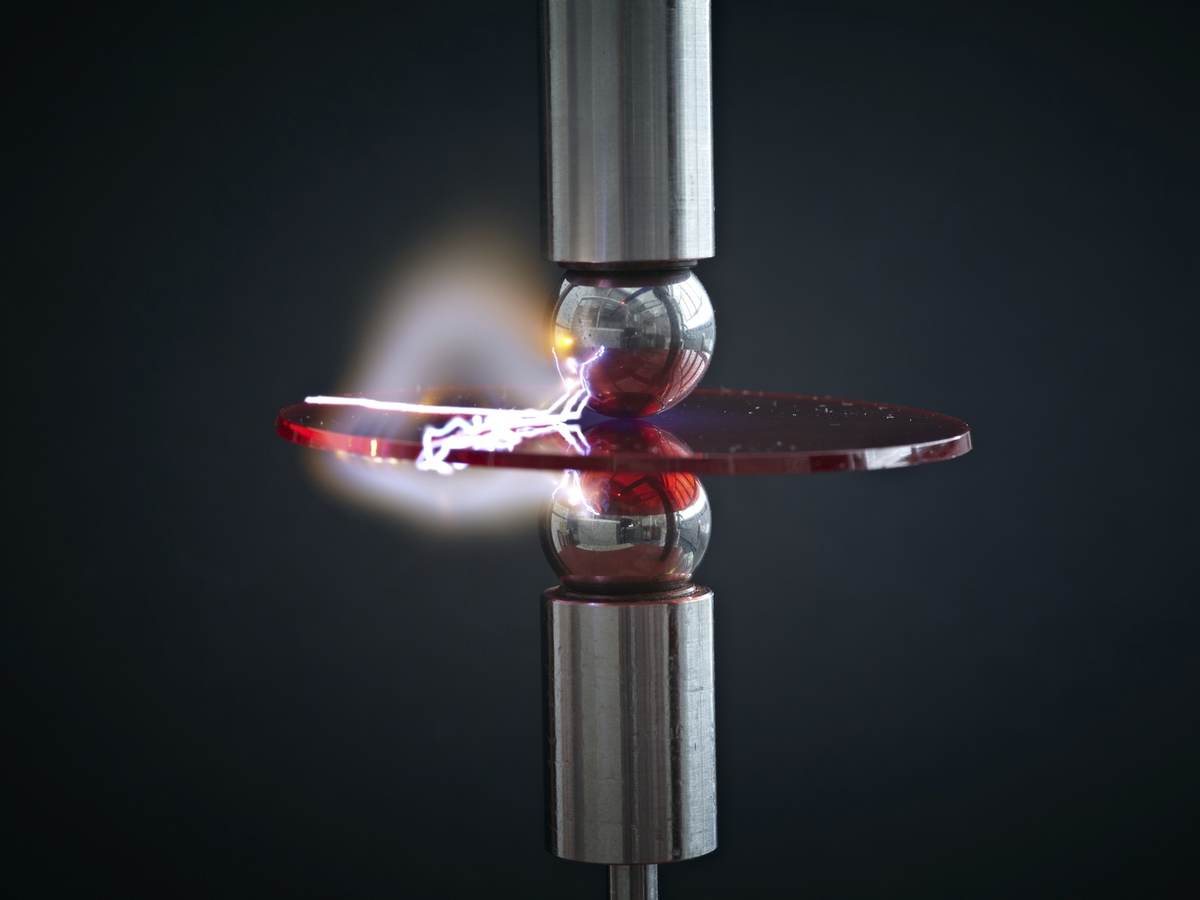 We are a leading global provider for the production of test specimens, and testing and certification services for innovative plastics.

We have been testing plastics since 1941 and are proud to serve all of the world’s top plastics manufacturers. We work closely with plastic industry stakeholders to maintain and enhance existing UL Standards, establish new Standards, and develop certification and testing programs that address emerging technologies and product applications.

With over a century of expertise in safety science reaching back to 1894 and in-depth experience across numerous industries, UL is uniquely positioned to provide a complete view of how products function within a given system. This is particularly critical in the plastics and components industry, as interactions between substances, parts, systems and the environment in which they are expected to function can be the cause of a significant number of hazards and failures which are rarely apparent when components are tested individually.

Our worldwide presence allows UL to provide local services with a global outlook and enables access to a network of experts in all of our customer’s target markets. We support our customers in their drive to protect public safety and brand value, mitigating their risk with quality assurance and supply chain compliance services. Our trustworthy reputation provides an important product differentiator in a crowded marketplace, communicating safety and quality to original equipment manufacturers (OEMs), purchasers and regulatory authorities.