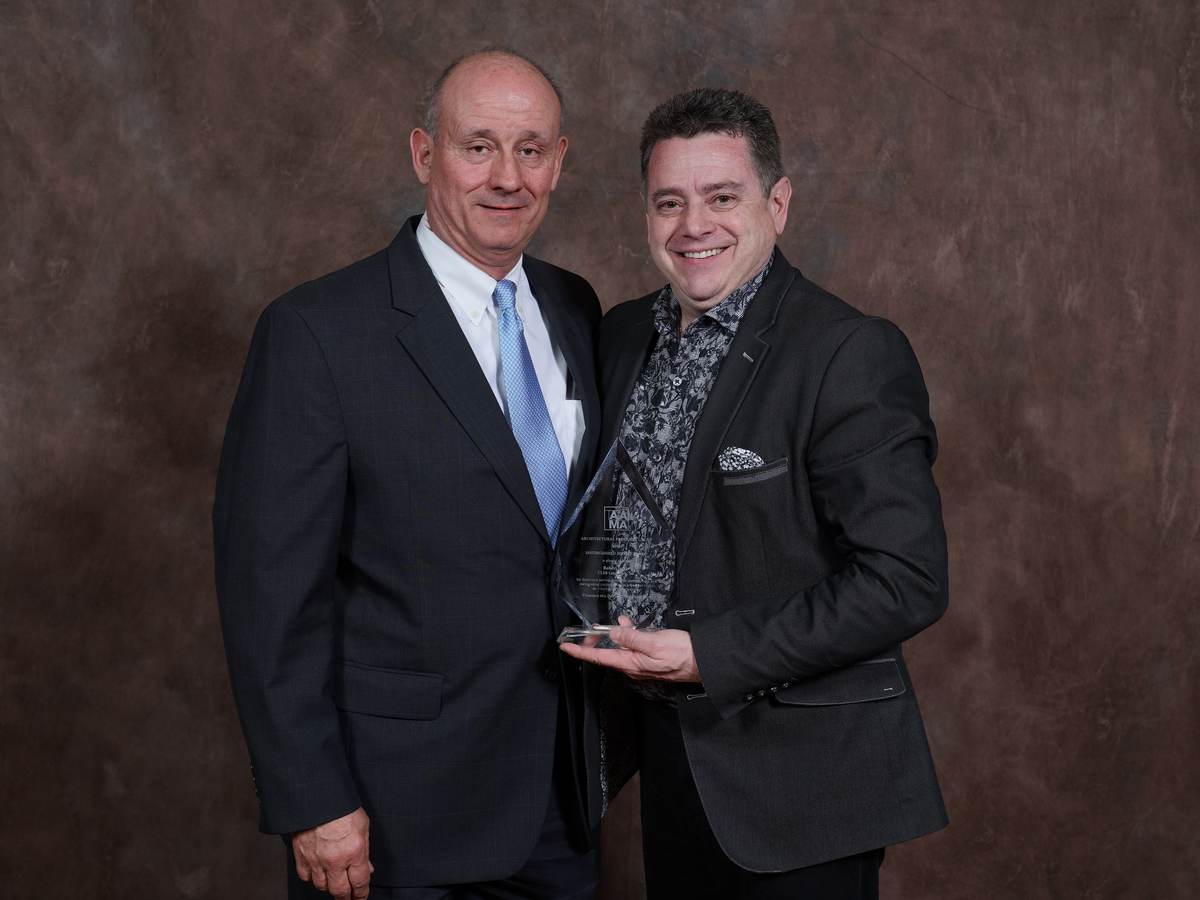 This award is given to an individual who accomplishes formative work on behalf of the association and the Architectural Products Group.

Jutras has been involved in a total of 58 councils, committees and task groups during his nine years of AAMA activism.

The Distinguished Service Award for the Architectural Products Group was presented to Jutras by previous award recipient Donnie Hunter, Director of Global Product Management for Kawneer.