Fire sprinklers have been used for over 100 years. Due to changes in their application and installation, on-going monitoring and assessment of their construction and performance are required to maintain high levels of safety. 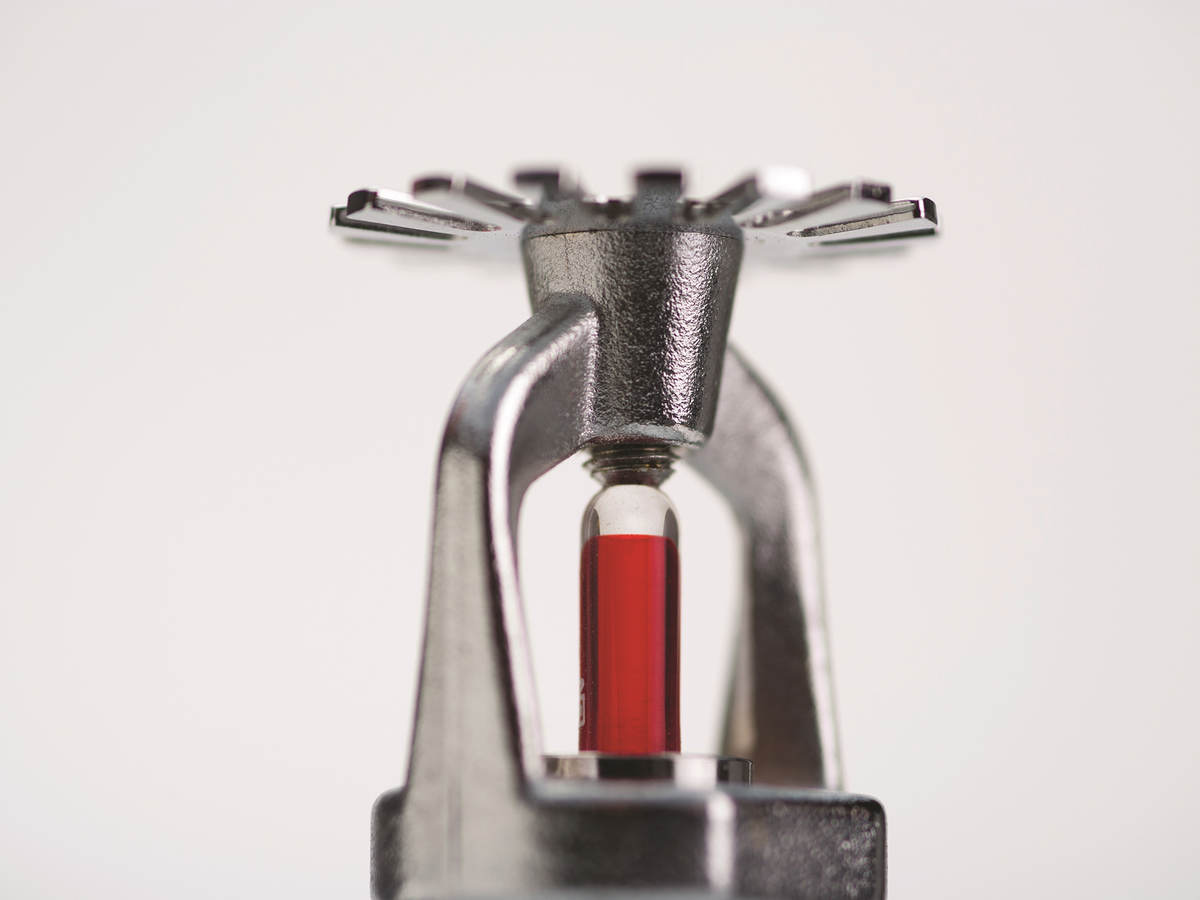 For decades fire sprinklers have proven to be an effective and invaluable tool for protecting property and life from the potentially devastating effects of fire. With the increased awareness and public concern for building safety, there is a growing need for buildings to be fitted with reliable security and safety systems. While fire sprinklers have been used to reduce the loss of life and property from fires for more than 100 years, the expanded end-use applications and changing installation environments for these products require ongoing monitoring and assessments of the construction and performance requirements included in safety standards to maintain the desired high level of safety.

The Underwriters Laboratories Standards development process routinely considers new technology and performance in field use environments to assess the need for revision of product requirements or installation standards. Since the year 2000, improvements have been identified that enhance the performance requirements for fire sprinkler products.

This paper is focused on requirements included in UL Standards. Although a number of UL Standards have been published over the year, the three most prominent UL Standards include:

In 2020, seven separate UL Standards, including UL 16268 and UL 17679, were consolidated into UL 1997. As a part of this effort, several revisions were made to achieve closer alignment of the test methods and requirements applied to the various types of sprinklers now covered by UL 1997. The sprinklers currently addressed by UL 1997, including the latest sprinkler technologies, include the following:

The fire sprinkler community is generally aware that the industry has been particularly active within the last 20 years in developing new sprinkler technology, including a broad range of large K-factor storage sprinklers. While it is important for the product standards to be updated to address new technologies, it is also critical that standards be updated to take into consideration new information learned from the use and application of these fire safety products. Over the years, several new and revised requirements have been adopted into UL Standards that are intended to enhance the general operating performance of sprinklers in field environments.

As would be expected, UL Standards contain tests to evaluate the capability of these products to distribute water in such a manner that will control or suppress fires. However, many are not aware that these Standards also include a broad range of tests to investigate the ability of sprinklers to operate and perform as intended under stressed and adverse field conditions. In fact, each of these Standards contains more than 35 different performance tests. The following is a brief description of just a few of the tests that have been in UL Sprinkler Standards for decades:

Although these tests are considered to be very challenging, it is important to continuously monitor the performance of sprinklers in actual field use environments to maintain a level of confidence that the sprinkler standards continue to be relevant and effective in achieving the desired level of safety and performance.

Based upon reports from property owners, sprinkler contractors, code authorities and others, fortified by UL Solutions' testing of thousands of sprinkler samples from hundreds of installation locations, two key areas for enhancing sprinkler operation performance were identified in the early 2000s. These revisions included new additional construction and performance criteria related to the release of the water seal assembly and resistance to premature (unwanted) sprinkler operation.

Release of the water seal assembly

Until the early 1960s, the prevention of leakage from sprinklers was primarily achieved through the use of a metal-to-metal compression seal arrangement, typically employing the use of a copper gasket. Today, a conical spring with a polytetrafluoroethylene (PTFE) film gasket is the most prevalent means used in sprinklers to prevent leakage. A schematic of typical water seal configurations used over the years is provided in Figure 1.

Since the late 1990s, UL Solutions has conducted operational tests on a large number and type of O-ring sealed sprinklers sampled from field installations. While the operational test results of these sprinkler types varied substantially after being installed in the different installation locations, UL Solutions' testing of these sprinklers revealed that a large percentage of sprinklers utilizing a dynamic O-ring type seal required elevated inlet pressures for the water seal to release from the sprinkler and allow it to discharge water. In fact, in some cases, the O-ring type water seal did not release even when 6.8 bar (100 pounds per square inch gauge (psig)) was applied to the inlet.

While O-ring seals were utilized in both wet and dry type sprinklers, the majority of dry sprinklers manufactured between 1970 to the early 2000s were constructed with O-ring water seals. Accounting for a small percentage of all installed fire sprinklers, dry sprinklers are generally found in locations having harsh environmental conditions, characterized by wide variations in temperature, humidity and corrosive conditions, such as car ports, parking garages, loading docks, outdoor canopies and walkways. Results from operational tests conducted on thousands of O-ring sealed dry sprinklers sampled from field installations indicate that approximately 50% of the sprinklers experienced inhibited operating characteristics primarily due to the water seal assembly not releasing in the intended manner.

The analyses of wet and dry sprinkler samples received from the field installations indicated that a broad, but not clearly defined spectrum of materials and chemicals may reside within sprinkler inlets, including various types of oils, surfactants, chemicals associated with water potability and pipe sealing compounds, hard water deposits, sand and dirt. These materials and chemicals may act to accelerate the corrosion process and inhibit the intended movement of sprinkler operating parts.

Based on these analyses, UL Solutions identified four key factors considered to be contributing to the inhibited sprinkler operation, particularly in O-ring sealed sprinklers:

To address these concerns, several revisions to UL Sprinkler Standards were adopted in 2001. Table 1 summarizes the revisions that were adopted related to enhancing the operating performance characteristics of the water seal assembly. Extensive data generated as a result of UL Solutions' operational testing of sprinklers from field installations subsequent to the implementation of these revisions have confirmed the need for these additional requirements.

In the early 2000s, UL Solutions received an increased number of field reports of sprinklers discharging water without an apparent cause for the operation. These situations are commonly referred to as premature sprinkler operation. Dry sprinklers installed in cold storage facilities and glass bulb sprinklers were the focus of many of those concerns.

Based upon the same air movement principle, ice may build-up internal to the dry sprinkler if a sprinkler’s water seal assembly and extension nipple connection is not completely sealed. To prevent air interchange within the sprinkler and the resulting build-up of ice internally, UL sprinkler Standards require this connection to be completely airtight. More detailed information on dry sprinklers installed in freezers is contained in a paper titled “A Technical Analysis: The Use and Maintenance of Dry Type Sprinklers.”14

While glass bulbs have been used as heat responsive elements in sprinklers for decades, these bulbs have been miniaturized in recent years to enhance the sensitivity to fire conditions. Considering the typical phases of a sprinkler’s life, there is ample opportunity for damage or overstressing of the glass bulb to occur. Figure 6 illustrates several potential sources of damage to the glass bulb heat responsive elements and causes for the premature sprinkler operation.

To address the potential source of damage related to manufacturing, UL sprinkler Standards include a test to determine that the integrity of the glass bulb is maintained after the sprinkler has been fully assembled and subjected to all the other production testing at the factory. This requirement provides a level of assurance that sprinklers are shipped from the factory with a damage-free, fully functional glass bulb. Also, to minimize the potential for glass bulb damage due to the extensive handling that typically occurs after the sprinkler has left the manufacturing facility, UL sprinkler Standards require all glass bulb sprinklers to be fitted with protective covers.

The requirements referenced in Table 2 were adopted into UL sprinkler Standards in 2003 and are believed to have been instrumental in substantially reducing the number of premature sprinkler operation occurrences in field installations in recent years.

Table 2: Summary of the revisions to UL Sprinkler Standards related to reducing the potential for premature sprinkler operation

For several decades, UL Solutions has been conducting thermal sensitivity/operational testing on sprinkler samples removed from field installations. This testing service is intended to assist property owners, enforcement authorities and other interested parties in assessing the operating characteristics of sprinklers in service. UL Solutions' online tool to request testing be conducted on sample sprinklers submitted to our facilities provides a quick, simple means for initiating this testing process. This tool can be accessed by visiting the UL Solutions website at www.UL.com/fieldsprinklertesting.

ESFR sprinklers began to be used extensively to protect storage facilities in the early 1990s. Since replacement or representative sample testing of ESFR sprinklers wasn’t required until 20 years after installation, UL Solutions didn’t receive samples for testing until the last few years. After testing a significant quantity of ESFR sprinklers sampled from field installations, UL Solutions observed that a large percentage of these samples had a response time index (RTI) greater than the required 36 (m·s)1/2 [65 (ft·s)1/2] that was apparently caused by exposure of the sprinklers to the range of environmental conditions associated with storage facilities.

Based upon the data and information gathered from our testing of ESFR sprinklers sampled from field environments, requirements in UL Standards for ESFR sprinklers were revised in 2015 to require more aggressive laboratory corrosion test conditions, and these requirements became effective in 2017. It is anticipated that ESFR sprinklers complying with these new requirements will exhibit a much greater resistance to thermal sensitivity degradation. Additionally, UL Solutions, with support from the sprinkler industry, undertook an initiative to generate large-scale fire test data that was used by the NFPA 25 Technical Committee to support an increase in maximum RTI allowed for representative ESFR sprinkler sample testing from 36 (m·s)1/2 [65 (ft·s)1/2]  to 50 (m·s)1/2 [90 (ft·s)1/2].

Fire sprinklers have established an outstanding record of protecting property and life dating back to the 1800s, and the overall effectiveness of sprinkler system protection continues to be at a very high level. With the vigilance and collaboration of enforcers, insurers, designers, installers, manufacturers, standards development organizations, certifying organizations and others, the high level of safety provided by fire sprinkler systems can be maintained and enhanced even though fire challenges and installation environments continue to evolve. The ongoing efforts to expand the usage of fire sprinklers as a protection tool will make our world a safer place to live. 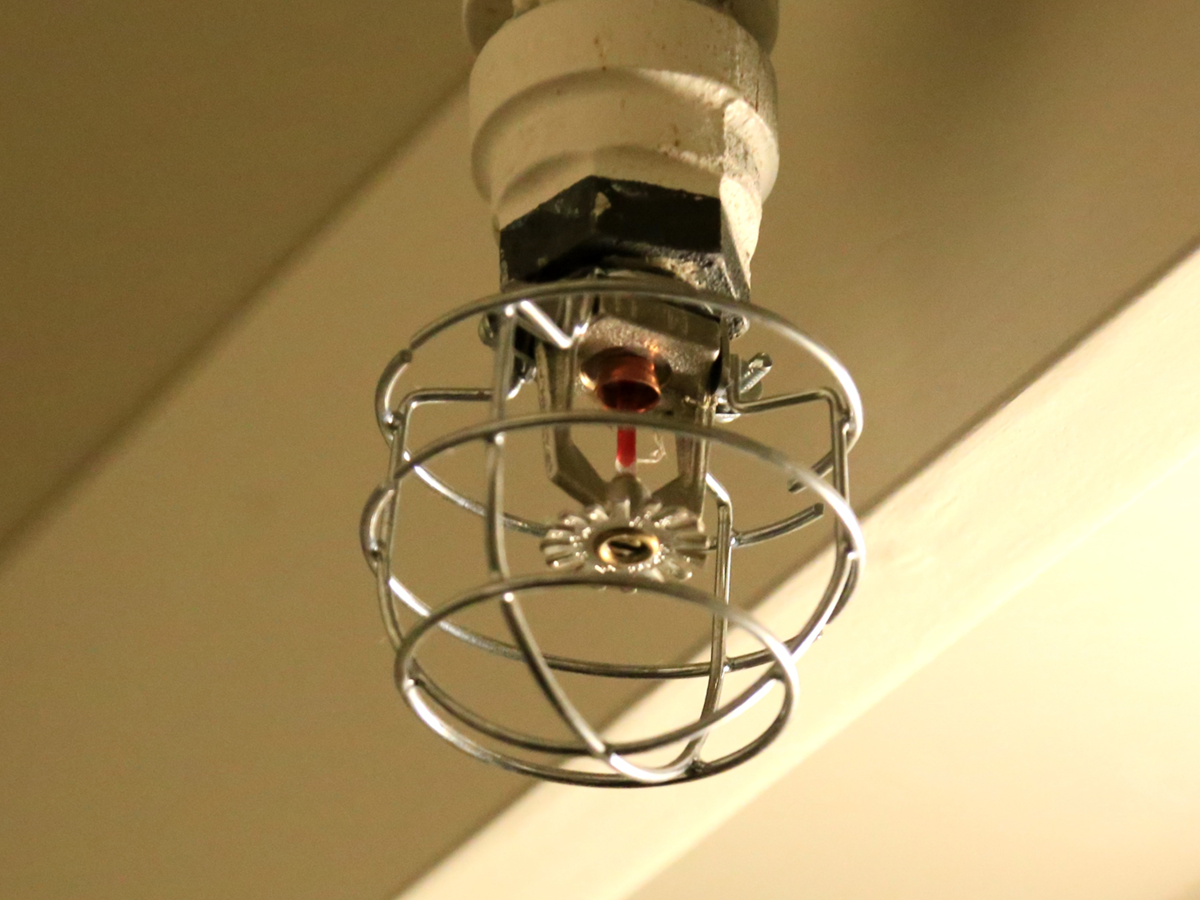 We test sprinklers sampled from field installations as a service to inspection authorities, the sprinkler industry, the insurance industry and property owners.

You are leaving the website for an external site. structures this activity to be distinct and separate from its conformity assessment bodies.