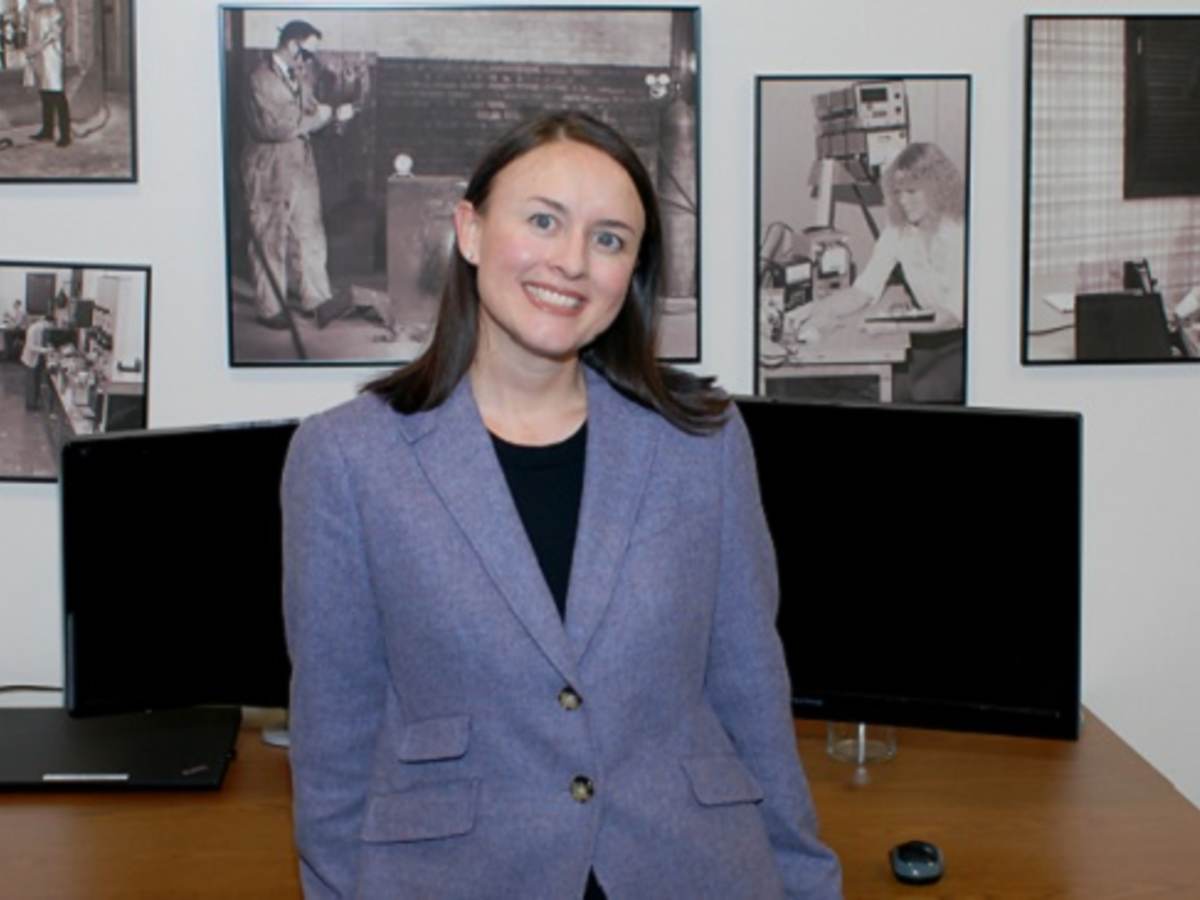 As Albert Einstein once said, “The important thing is not to stop questioning. Curiosity has its own reason for existing.” In much the same spirit, curiosity has given Justine Wagner a raison d'etre throughout her life, fueling an avid interest in exploring museums, libraries and art galleries – and, ultimately, a new career path.

“Sometimes I just marvel when I’m standing there holding something that’s more than 100 years old,” Wagner explained. “I think about how it survived all these years, is still intact and now we get to tell its story-what a privilege.”

This curious nature suits Wagner well as UL’s senior historical archivist. While there are many different types of archivists around the world, such as those who work for government institutions, hospitals, museums and other cultural institutions, Wagner is a corporate archivist who, alongside her Northbrook campus colleagues, collects inactive business records and materials related to UL’s history –  including publications, photographs, artifacts, audio and visual assets, correspondence, clippings and much more. She fields ongoing requests from internal, and sometimes external, stakeholders for access to archived materials, helping to inform present business decisions, provide context about past lab tests and celebrate organizational and personnel milestones.

“With UL nearly in its 125th year, and having tested consumer products since the beginning, the materials in our archives provide critical insight from a historical perspective,” Wagner said. “We have long-standing relationships with big manufacturers across the globe that we’re able to chart back in time, and it’s valuable to look through our historical records and note who started working with us a century ago and still does so today.”

Charting back through her own history, Wagner first received an undergraduate degree in painting from Northern Illinois University in Dekalb, Ill., and worked professionally as a graphic designer for eight years. But her lifelong love of libraries and the possibility of a career that aligned with that passion led her to ponder a new path. She then attended Dominican University in River Forest, Ill., to pursue a Master of Library and Information Science (MLIS) degree. As she delved further into the program, she took an archives class and completed a couple of internships in the field of library and information sciences, and knew right away that she’d found her calling.

“You’re dealing with older materials, and you’re learning so much about the focus of a specific archive, whether community-based or corporate,” Wagner said. “The history of objects has always intrigued me – where it came from, how it was created, who owned it, etc. Working in archives is a constant learning experience.”

She began her new career first as a contractor, working on archiving projects for a wide array of organizations, including a large bank, a supply chain manufacturer for the beverage industry and a cultural institution focused on Japanese Americans who settled in Chicago after World War II. One of her final contracting assignments led her to a project at UL nearly four years ago, where she was later offered and accepted a permanent position.

“I’m just so pleased that the organization valued materials enough to both save them and to hire people such as me to act as custodians of that deep history,” Wagner said. “As an archivist, I’m excited to help bring that history to life and show that, in nearly 125 years, we haven’t deviated from our mission of working for safer living and working environments for people around the world.”

Wagner is now bringing that history to life in a few different mediums. She worked on a team that contributed materials to a recently published book, Engineering Progress, about UL’s history while also helping to develop the timeline now featured on UL’s website. The timeline will be integrated into an interactive history wall display in the refurbished lobby of Building 8 on the Northbrook campus, which is expected to be completed in Q4 of 2018.

Moreover, she helps younger generations understand UL’s history and the importance of safety science by helping facilitate UL’s annual support for National Bring Your Child to Work Day, an April event that draws to UL’s headquarters more than 200 children of employees.

A member of the Society of American Archivists and the Chicago Area Archivists, Wagner hopes to help make more people aware of UL’s global role today in safety science, as well as its fascinating history.

“Our founder once said that UL contributes to humanity by working to create a safer world and he meant it,” Wagner noted. “And here we are nearly 125 years later – doing the exact same thing for people around the world.”