Credited as the father of the lithium-ion batteries — the ones that power your laptop and iPhone, among other devices — John Goodenough developed the technology that powers your world. 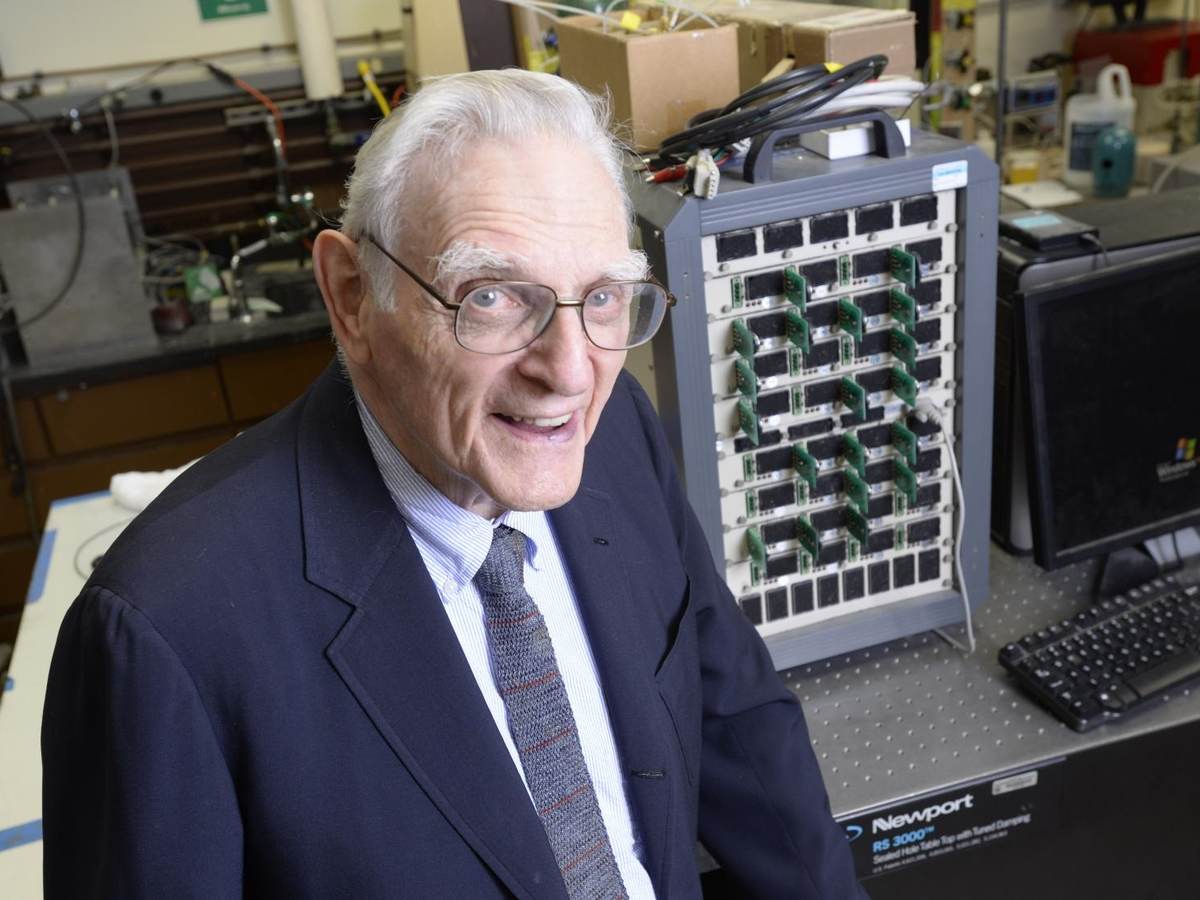 The name John Goodenough may not be familiar to most people, but anyone who’s put a mobile phone to his or her ear is very familiar with his work.

Goodenough is credited as the father of the lithium-ion batteries — the ones that power your laptop and iPhone, among other devices — thanks to his work on developing a long-life rechargeable battery.

The fact that Goodenough is well known in scientific circles is an accomplishment in itself, considering the academic struggles he endured when he was younger. Suffering from undiagnosed dyslexia as a young student, Goodenough spent most of his time exploring the woods and rivers near his childhood home near New Haven, Conn.

He labored in the classroom but absorbed enough knowledge to earn a spot at Groton School, a prestigious academic institution in Massachusetts, where he learned to overcome his learning disabilities by mimicking the readings he needed to study. After a teacher told him that Shakespeare’s sonnets were probably too much for him to understand, Goodenough began writing his own sonnets to better his comprehension of the form.

“I decided that the only way to understand poems was to try my hand at writing them,” Goodenough told “The Alcalde,” the alumni magazine of The University of Texas, where he’s still an active faculty member with the Cockrell School of Engineering — at 95 years old.

At MIT, Goodenough began researching computer memory in Lincoln Laboratory, eventually leading a team that developed a magnetic-core system that stored computer data on magnetic rings. It was cheaper, faster and more reliable than previous methods — think vacuum tubes, light bulbs and computers the size of a one-bedroom apartment. Goodenough’s work led to a series of rules that explained magnetism at the atomic level: the Goodenough-Kanamori Rules. Those guidelines would become the bible for engineers across the world as they worked to develop smaller, faster computers.

Goodenough eventually moved to England to head the inorganic chemistry lab at Oxford University and continue his research into batteries, which had taken on increasing importance after the oil crisis of the early 1970s. Although a lithium-ion battery, largely developed by chemist M. Stanley Whittingham, was commercialized in 1976 by Exxon, it had a high explosion rate.

Goodenough and his team worked with metal oxides to create a more stable battery, eventually developing cobalt oxide, which led to the lithium-ion battery as we know it today, albeit bigger and less powerful. Rapid development led to smaller, more powerful batteries, which are used in countless devices large and small. While companies make busloads of money from the technology, Goodenough receives no royalties and doesn’t receive any financial benefits. Oxford never applied for a patent, and Sony quickly snatched up the rights to the technology.

You might think that financial injustice would have embittered Goodenough toward science, but it hasn’t in the least. In fact, he’s focused on improving upon his life’s work. “What we need is not an incremental improvement, but a step improvement,” Goodenough told “The Alcalde.” “Our society is still completely dependent on fossil fuels, and we’ve got to find an alternative soon.”

Goodenough is already making good on that promise. Last year, he and his team introduced a glass electrolyte-sodium battery that recharges faster, is potentially less expensive and is three times as powerful as lithium-ion batteries.

This article originally appeared in the UL publication, On the Mark.