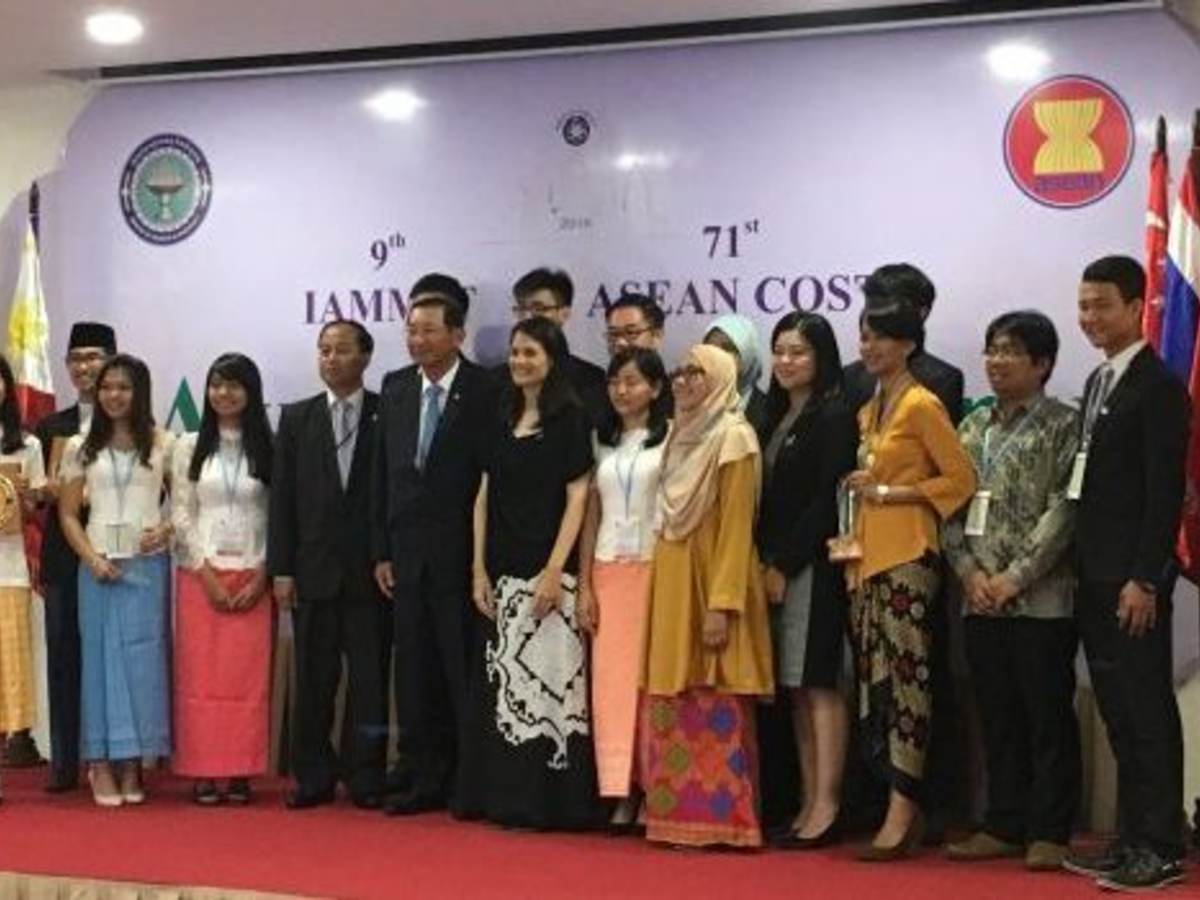 UL commits itself to continued improvement in the fields of science, technology and research by supporting programs worldwide. One such program is the Association of Southeast Asian Nations (ASEAN) Women in Science Prize. UL became the first sponsor of the award in 2014 and committed to a five-year sponsorship through 2020.

The program showcased nine finalists (the-asean-women-in-science-prize), each from an ASEAN country, who are considered women role models in addition to strengthening ASEAN science and technical capacity. The hope of the Science Prize is to encourage intra-ASEAN and ASEAN-US collaboration as well as inspiring more ASEAN women to pursue STEM careers.

“UL became a sponsor in the ASEAN Women in Science Prize because we want to make more of an impact in the ASEAN region and we wanted to show UL’s commitment to the region,” said Barbara Guthrie, UL Vice President and Chief Public Safety Officer. Another reason for becoming a sponsor is that it provides UL with the opportunity to work with the ASEAN Secretariat and the ASEAN Ministers of Science & Technology on policies related to science and technology, which also are areas impacting UL’s mission in the region.

As a sponsor, UL is an active member on the selection committee and helps determine the winner based on the year’s dedicated theme in addition to the candidate’s academic and professional achievements. UL contributed to the theme of the science award, which changes each year and is based on ASEAN’s scientific priorities.

This year’s theme asked applicants how their research corresponds with "Materials Science Research to Enable Sustainable Energy." The concept was chosen because materials research is revolutionizing many aspects of the energy sector. Composites and super alloys are leading to lighter, stronger wind turbines and improved vehicle fuel efficiency. Ceramic and glass research is producing efficient and dynamic smart building materials.

Guthrie said that UL is one of three representatives on the selection committee, which teams with the United States Agency for International Development and the ASEAN Secretariat’s Committee on Science and Technology (COST) to review the submissions.

“Reviewing the award applications was a humbling and inspiring experience,” said Guthrie. “The applicants’ brilliance as scientists, confidence as women, and poise as global citizens assured me that anything is solvable. Our world, our children’s world, our future is truly secure. Together, we will make the world a better place.”

The 2016 ceremony that announced the winner was part of the 71st Meeting of the ASEAN COST-71 and the 9th Informal ASEAN Ministerial Meeting on Science and Technology (IAMMST-9), held October 24–29, 2016, in Siem Reap City, Cambodia. The award ceremony was co-hosted by the H.E. Dr. Cham Prasidh, Senior Minister and Minister, Cambodian Ministry of Industry and Handicraft and sitting chair of the ASEAN Committee of Science and Technology, Dr. Tung Ciny, the Secretary-General of ASEAN, H.E. Le Luong Minh, and the U.S. Ambassador to ASEAN Nina Hachigian.

Guthrie spoke at 6th ASEAN-U.S. Consultation on Science and Technology, held October 27, noting UL’s strong commitment to supporting the U.S. and ASEAN governments and applauding their efforts for recognizing and nurturing the scientific excellence of women researchers across the region. She explained who UL is about and the many contributions made globally to safety, security and sustainability all based in science, technology, research and engineering.