How the Housing Bubble Created New Opportunities for One Organization

Habitat for Humanity of Northern Fox Valley helped reverse the growing number of uninhabited homes in one community to build a foundation of hope. 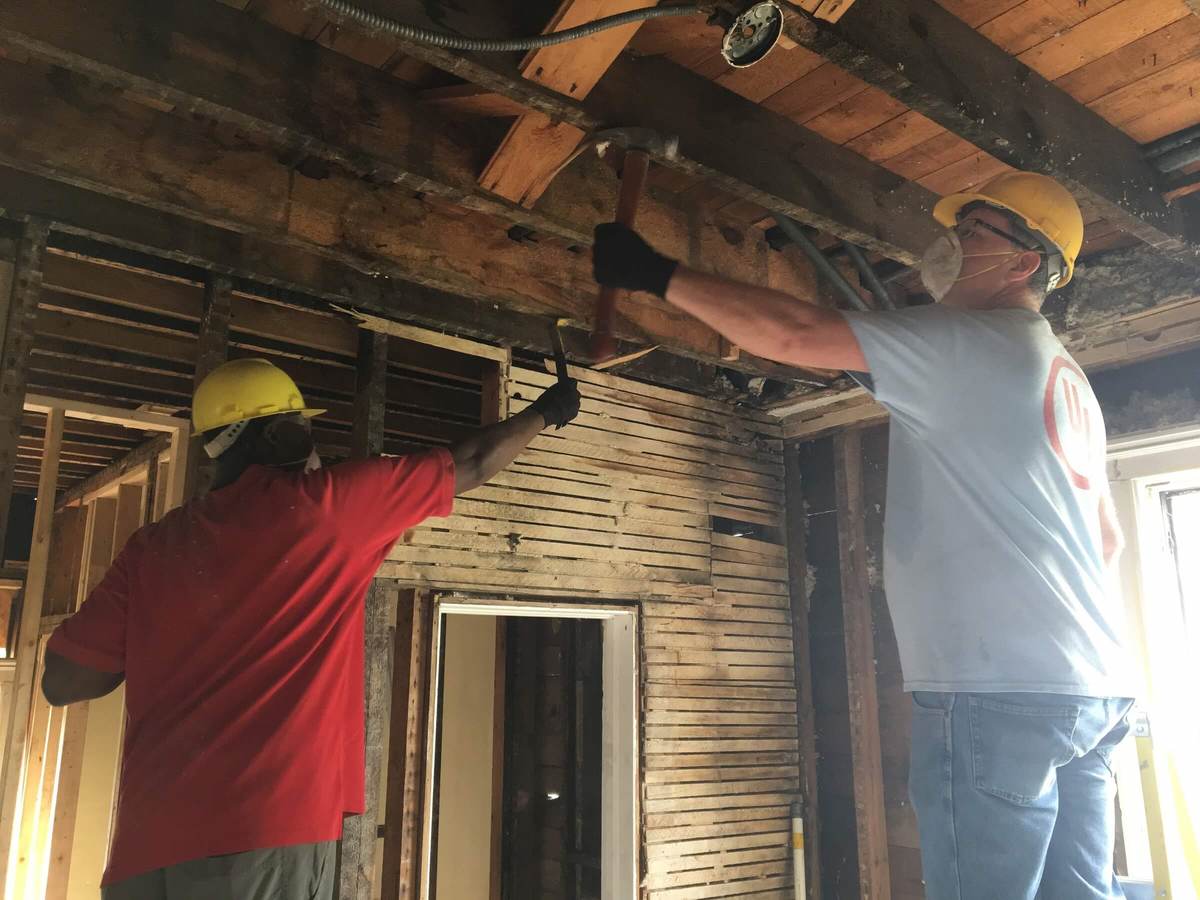 In the aftermath of the 2008 housing bubble, nearly 10 million homeowners lost their homes to foreclosure, affecting communities across the U.S. Elgin, Illinois, located roughly 35 miles northwest of Chicago, was hit hard when the bubble burst. The city of approximately 112,000 residents saw almost as many foreclosures in the first four months of 2010 than all foreclosures recorded by the city from January 1, 2007, to September 2009.

Home foreclosures often have a cascading effect on communities, leading not only to lost revenues for the local economy but also decreased home property values, increased crime rate and a loss of community pride.

David Kaptain, mayor of Elgin, reflected on the economic blot that led to a crisis within the city. “Many of these homes were in bad shape,” he said. “As a city, we identified the areas of greatest need, such as the highest percentage of homes financed by subprime mortgage loans and areas likely to face a significant rise in foreclosures.”

Elgin officials sought more than $2 million in federal funds to aid those neighborhoods hardest hit at the time. The money was used to help with down payments or closing costs to lower-income residents who wanted to buy rehabbed properties. However, the city needed community partners to not only help identify and allocate the money appropriately but to also help restore the decaying properties.

One organization that stepped in to help reverse the growing number of uninhabited homes was Habitat for Humanity of Northern Fox Valley. And, it was during this time that the city of Elgin saw the benefits of Habitat for Humanity's work in their community

First founded on a farm in Americus, Georgia, Habitat for Humanity centers itself on the needs of people in search of decent, affordable houses. Future homeowners worked side-by-side with volunteers to build each home which was partially funded by zero interest loans and monetary donations from the fund’s supporters.

But, as the real estate market changed, some of the organization’s chapters shifted from building new homes to placing homeowners in rehabilitated homes. What was once an eyesore would become a source of community pride.

“I’m not sure if Elgin was hit harder than other communities,” said Barbara Beckman, executive director of Habitat for Humanity of Northern Fox Valley, “but there was a significant decline in home prices. That’s when Northern Fox Valley changed its model from building new homes to buying and rehabbing foreclosed homes.”

Kaptain, who once served as chairman of the board for Neighborhood Housing Services, a local organization that offered residents grants to help restore or maintain their property, agrees and added that Habitat for Humanity of Northern Fox Valley took on some really tough challenges in some of the most at-risk neighborhoods.

Most of the homes were vacant and in very poor condition. Broken windows, overgrown grass, lead and asbestos were a few of the problems encountered by the volunteers.

One Elgin eyesore has turned out to be the organization's most ambitious rehab project to date, a 3,200 square foot Victorian home built in 1891. Vacant since the death of its owner in 2012, the home needed a complete makeover to prepare it for its newest occupant, Joleen Mejia and her six children.

UL sponsored the renovation, which started in the fall of 2018. Over 150 employees have volunteered more than 1,100 hours working on the historic home.

Known simply as “Standish,” the home is one of Elgin’s oldest dwellings.

“So, it’s not just of interest to the city,” Beckman said, “Standish is also the biggest (renovation) we’ve done to date. We had to completely restore the outside of the home while following certain historic preservation rules. On the inside, we preserved and restored some historical aspects of the home -- we didn’t have to, but the city is very pleased that we did.”

“We strive to positively impact our planet, its people and prosperity as we work for a safer, more secure and sustainable world – our partnership with Habitat for Humanity provides us with the perfect opportunity to do this, “ Guthrie said.

Habitat for Humanity of Northern Fox Valley has purchased and restored 30 Elgin homes since 2008. To put it in more human terms, that’s 30 homeowners and their families who are now part of the community. They go to the same school. They have the same friends. They can have people over to their home and they can have parties.

“I think families get more involved in their communities when they own the home versus when they’re renting,” Beckman said. “It all of a sudden matters to me who my mayor is and who my city council members are. I want my streets to be good and my library to offer quality programs.”

While contemporary research is divided over whether home ownership is worth it. Beckman and Kaptain aren’t worried about the public debate as they see the value each time someone less fortunate gets the chance to put down permanent roots in the community.

However, the program has far-reaching benefits beyond those granted to a home’s recipient; it positively affects every volunteer, too.

“It’s a real opportunity for people to learn some things they may have never done, such as driven a nail into wood or put a window in,” Kaptain said.

“You get something back from doing it. Not only the technical part but the fact that you’re going to give somebody a good home to live in and create a house for somebody. More than a house, you create a home.”