Fire Testing, It's in Our DNA

At UL, some employees take on the task of firefighting on top of their other work responsibilities. A look at one group of laboratory technicians and assistants who work above and beyond for a safer world. 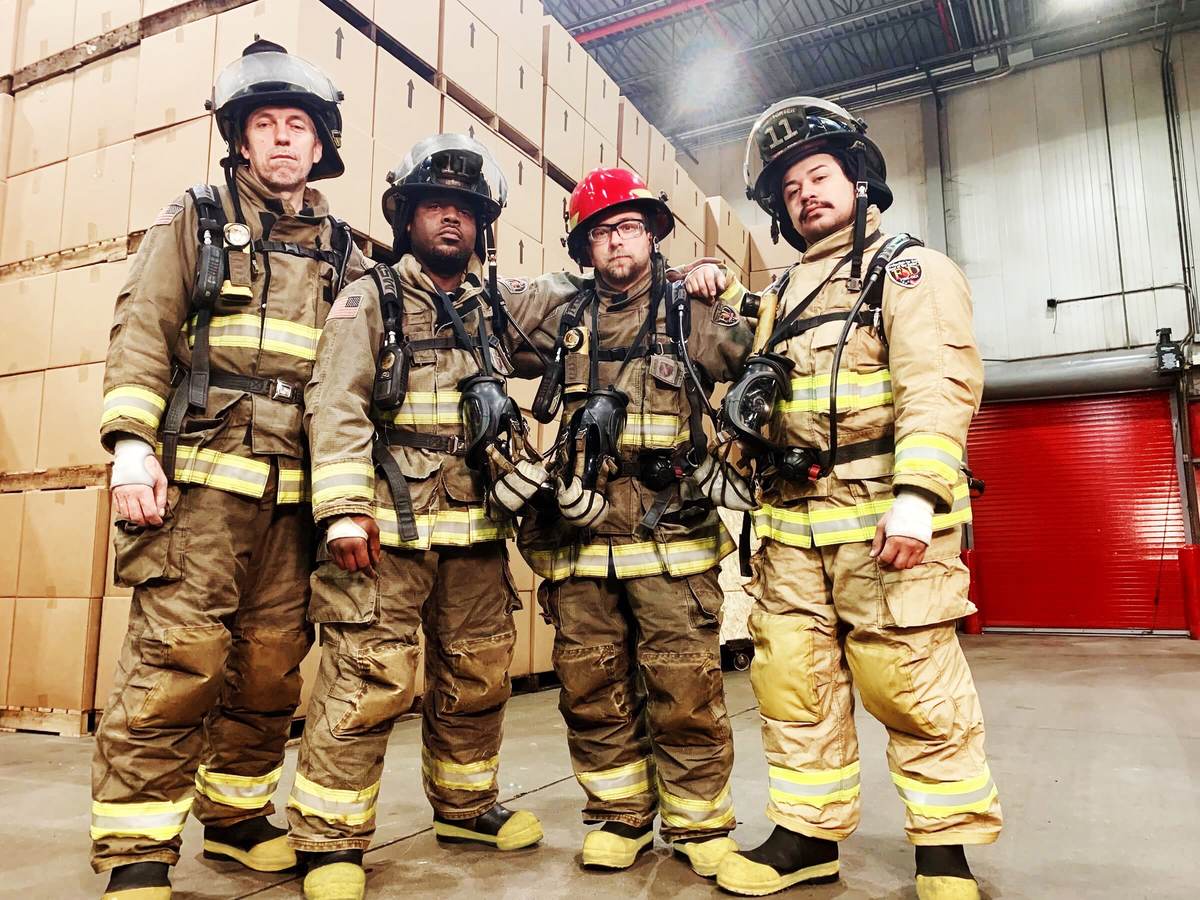 They don’t drive big, red trucks and you won’t see them rescuing cats from trees, but some UL employees take on the task of firefighting as part of their work responsibilities. In fact, putting out fires is a fairly common occurrence at UL’s Northbrook, Illinois, campus.

Fire testing is in UL’s DNA. Working for a safer world requires testing products for dangerous hazards, before a potentially harmful product might find its way into the hands of a consumer. Ever since UL’s founder, William Henry Merrill, Jr., assessed the risk of electrical fire for the first Chicago World’s Fair back in 1893, UL has focused on fire safety.

With so many tests involving fire, you might think the local fire department would be making regular visits to the Northbrook campus.

Instead, a group of UL laboratory technicians and assistants choose to fight those fires on top of their other duties.

“When people ask me what I do for work, I tell them I set up test environments, burn them, clean them up and do it again,” said Andres Sarmiento, a laboratory technician and firefighter at UL.

The tests Sarmiento referred to are designed to replicate large-scale commercial and industrial fires. Laboratory technicians set up a warehouse scenario that mimics the layout of a client’s building, down to the specific sprinkler system in place. Then, they ignite the recreated set to evaluate the fire performance of the product being tested.

“When my supervisor presented the opportunity to become a firefighter at UL, I thought I would have to go to a fire academy,” said Rommel Royster, a senior laboratory technician and firefighter at UL. “But that's not really the case here.”

"The first time you walk into a completely blacked-out room alone and you can't see two inches in front of your face, you get a little nervous," Sarmiento said. “We have to quickly learn how to navigate in the dark, put the wet stuff on the red stuff, and be as quick, safe and efficient about it as possible.”

Even though it’s easy for the firefighters to get disoriented, they are in constant contact with control room operators who continually monitor their movements with infrared cameras.

Gonsalo Sains, a UL laboratory assistant and firefighter, recalled a time during his training when he lost his way in thick clouds of smoke:

"There are exact movements that must be executed to best fight a fire,” he said. “If you shift your feet even slightly, it throws you completely off. I remember one time when I had to readjust my hose, and when I did that, I moved my feet a little bit.

“I tried to shift back a few inches on my own, and that was all it took. I was completely off course. I could not locate a rack; it was nothing but smoke. One of my colleague’s hands came out of nowhere and guided me back to where I was supposed to go. That firsthand experience is often the best teacher."

In addition to the large-scale fire laboratory, the firefighters also work on tests in other laboratories on UL’s Northbrook campus to gain technical confidence in a variety of suppression areas.

It takes a team

Fighting fires is a team effort. Once the fire starts, the crew works together to extinguish it strategically.

“We're there to help each other out,” Sarmiento said. “If we get into tangles or problems or get lost, everyone's trying to make sure we're all staying safe, as well as getting our job done.”

After the fire is extinguished, they feel a deep sense of satisfaction. However, there is still a lot of work to do; cleaning the mess the fire has left behind. It’s a process they will repeat again and again, but each time, they must approach it with equal diligence and caution.

“These guys really care for each other, the company and other people,” said Eric Anderson, who manages the fire suppression laboratories. “That mindset is why they do such a great job, and why UL is a great place to work.”