Feel the Heat: How UL Tests the Fire Safety of Exterior Wall Systems 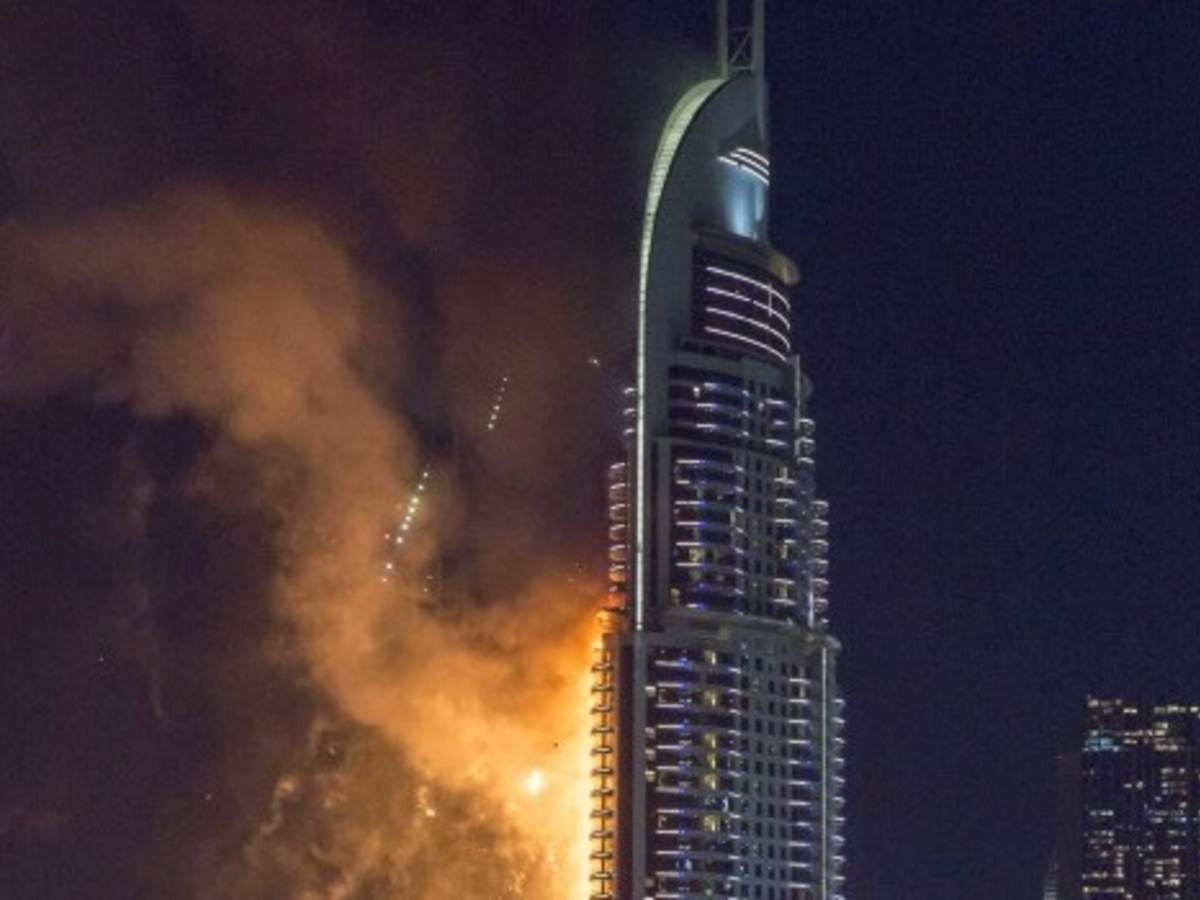 Burj Khalifa, Shanghai Tower, Abraj Al-Bait Clock Tower…and the list is growing. Increasingly, cities are growing up instead of sprawling out. This growing global urbanization trend has put a greater emphasis on high-rise building safety. The Council on Tall Buildings and Urban Habitat reports that there were 106 buildings taller than 200 meters completed in 2015, the most in any given year, as more of the population moves to urban areas.

Recent fires in high-rise buildings have put the spotlight on building codes for fire safety, including the fire at the Address Downtown Hotel in Dubai on New Year’s Eve. News reports say a preliminary investigation found the exterior siding did not meet code flammability requirements. During the last week of April, UL hosted a European Fire Forum in Vienna, Austria, where the global concern of exterior wall fires was one of the key topics of discussion.

In response to concerns about fire hazards on exterior walls, UL developed a certification program to test exterior wall assemblies that use the National Fire Protection Association (NFPA) 285 standard to help ensure the fire safety of combustible construction materials including (but not limited to): foamed plastic insulation, water resistive barriers, air barriers, exterior insulation fish systems, and exterior metal cladding. Some building codes require this testing or similar fire test methods when developers seek to use new materials in buildings greater than one story and taller than 40 feet in height.

“NFPA 285 has been around for a while, but it is now gaining greater interest from building material manufacturers, architects, and code officials because of the growing popularity of combustible materials being used within the walls of tall buildings across the globe,” said Dwayne Sloan, Principal Engineer Manager, UL’s Building Materials and Suppression Group.

In the certification program for exterior assemblies, UL measures the fire spread for the complete wall assembly—everything from the interior wall to the exterior veneer. Before the test can even begin, building the approximate 17-foot-by-13-foot wall for testing is an involved project of its own. The team uses a movable steel test frame to hold the exterior wall to be tested — including studs, insulation, coatings, barriers, bricks and other materials.

“It’s quite a production for each test,” Sloan said. “If we use brick as part of the wall, we must contract with a mason to lay the bricks. Then, we have to give time for the wall to cure – just as a wall would be constructed in a building. The test usually involves expert installers along with our UL experienced staff.”

Once the wall is built, it is rolled up to a standing two-story test structure. The first story has a large burner that when ignited simulates a fire on the interior of the building. Then, after the first five minutes of the burn, engineers roll a device called a “window burner” up to an opening in the test assembly. This opening simulates a building window detail. The fire from the first floor burner and the window burner are allowed to engulf the construction until the burners are turned off at 30 minutes.

During the test, observations are made for flame spread, both side to side as well as vertically up the assembly. In addition thermocouples, or sensors, send temperature readings every 15 seconds to UL engineers; if any of those readings exceed the designated temperature, the test is determined a failure.

“We end up with reams of data from each test that allow us to pinpoint failure points or areas of concern,” Sloan said. “All of this helps manufacturers as they determine how the products will fare in the real world and ultimately helps to protect the people who will live or work in the buildings.”