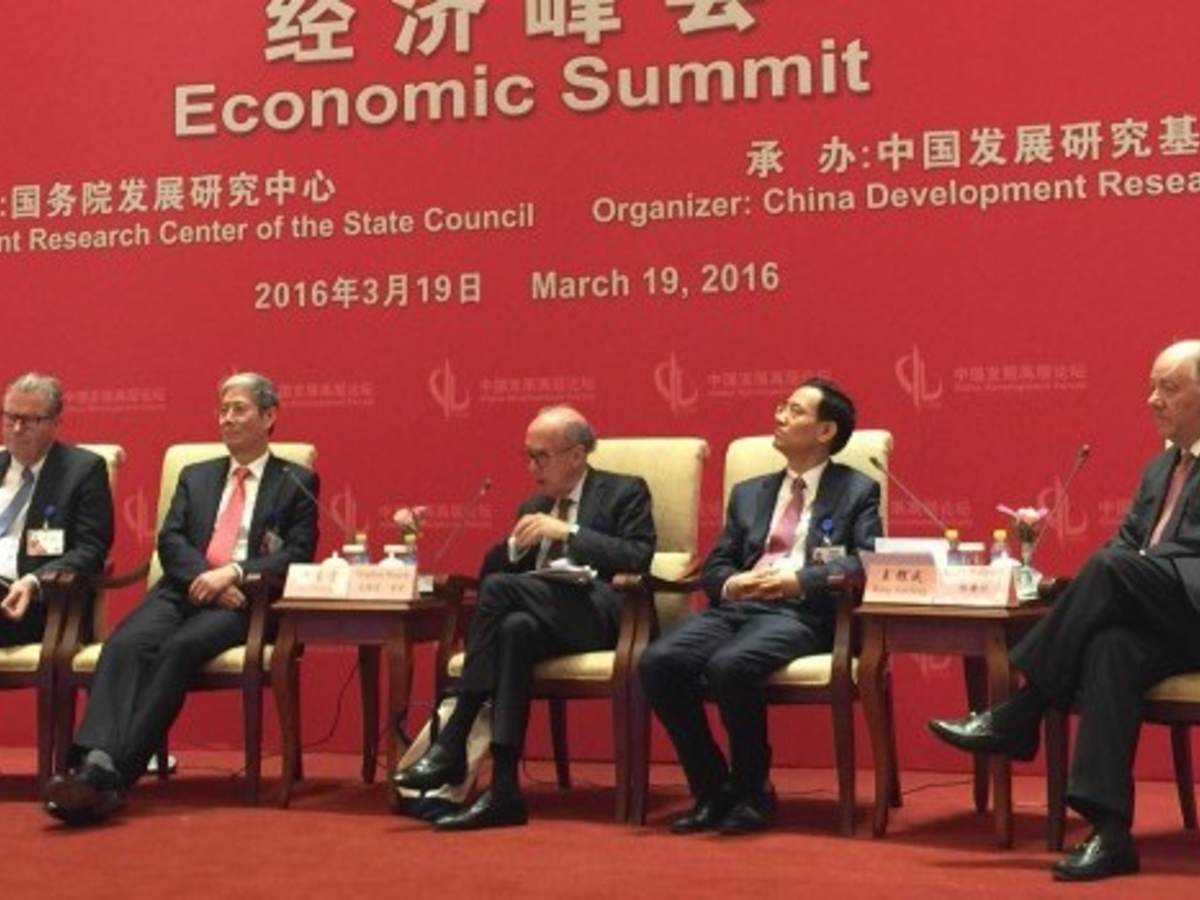 Hundreds of senior Chinese officials, global business executives, leaders of international organizations and renowned scholars and researchers gathered in Beijing March 19-21 for China Development Forum 2016. Among the attendees was UL’s Keith Williams, who spoke on the panel “Unshackling the Modern Services Industry.”

Panelists agreed that the modern services industry, including financial services, high-tech and other services, is critically important to drive the Chinese economy forward. Accounting for 50.5% of GDP today, China’s services sector is smaller than other economies at similar stages of development. Panelists noted that application of technology and the Internet are multipliers for the services industry moving forward. As China undertakes economic reforms that shift the role of government and expand the services industry’s ability to operate more freely, the resulting innovation in technology and job creation will enable more sustainable growth.

In January, as part of China’s restructuring of the manufacturing sector, the government called for increased support of high-tech and new-tech companies, which includes the testing, inspection and certification industry. In this sector in particular, Williams noted that government and industry need to work hand-in-hand to benefit consumers, the economy and society.

Williams offered a sports analogy where government serves as the rule-maker (framework) and the referee (oversight and enforcement) while the private sector services providers are the players, freely competing with one another to be the best in class. As long as guidelines and directives can be met, Williams suggested the government would rely upon the expertise of leading players with strong reputations and credibility. This contributes to a healthy market environment, and more importantly, one in which consumers gain greater confidence and peace of mind in the products they purchase.

Ultimately, the challenging task of developing the modern services industry in China depends on striking the right balance between the public and private actors, according to Williams. As a technical services company, UL is committed to deepening its partnership with China’s testing, inspection and certification industry to provide world-class service that underpins innovation, facilitates trade, and protects the public.

For more information about UL in China, please visit https://china.ul.com.