A behind the scenes look at horticultural lighting 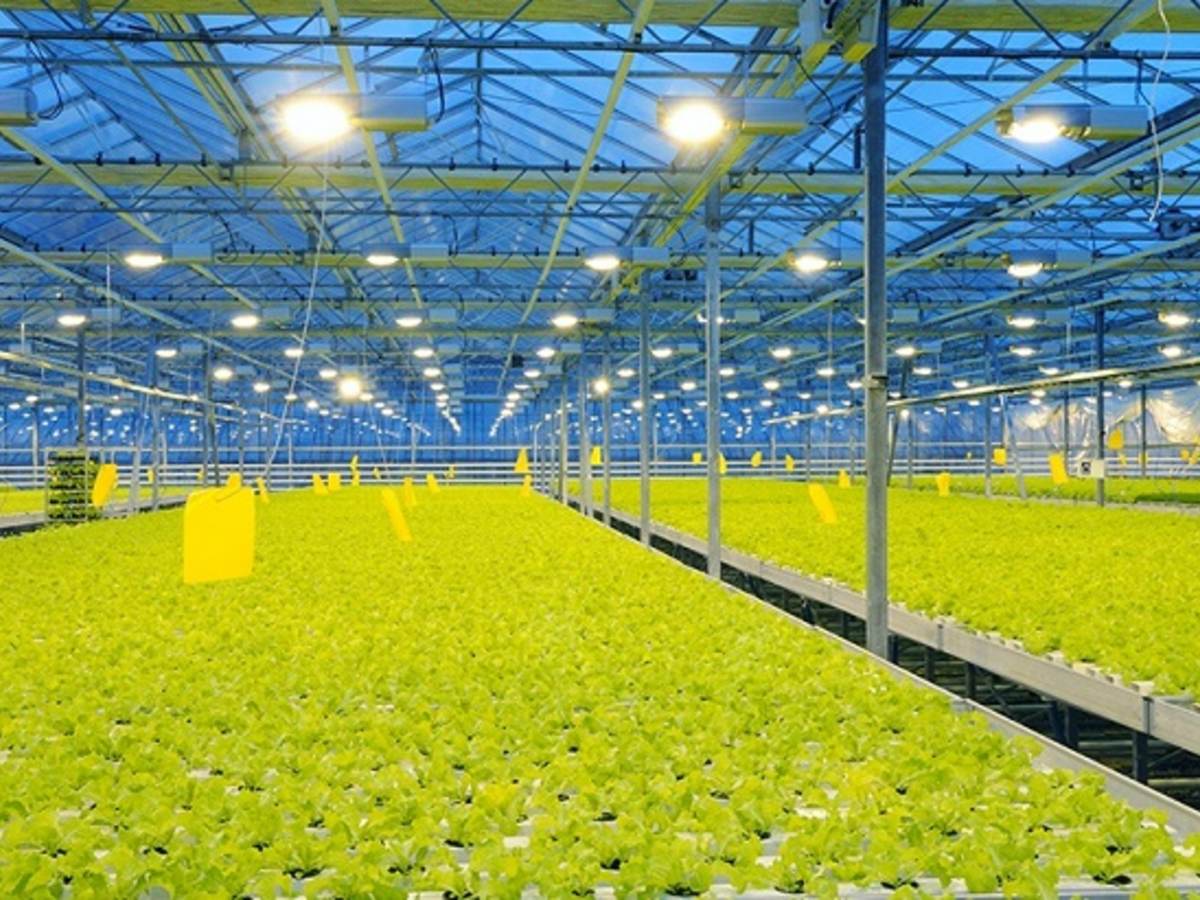 Greenhouses have long relied on lights of varying sizes and placements to supplement natural sunlight. But, with advances in technology, manufacturers grow ever closer to offering the full spectrum of colors needed by plants for growth and development.

Different light spectra are used to not only grow plants outside of their natural season but to also encourage the development of cosmetic aspects, such as leaf density and depth of color.

“There are setups where growers will either switch out bulbs or have two different lighting systems in the greenhouse,” explains Austin Gelder, a lighting photometric measurement and regulation expert with UL Lighting Performance Testing. “To get the seedling growing, they might use the higher intensity red light to get it to grow to the appropriate height and then they will turn on the blue lights to build out the foliage. At the final stage, they will turn on the red light again to trigger flowering,” Gelder concludes.

It is an intricate dance played by spectral hues often invisible to the human eye. But, as Gelder quips, “plants don’t have eyes.” A human’s photopic curve peaks in the yellow-green region and drops off towards both the blue and red ends of the spectrum, which is the opposite of a plant's photosynthetic response. It is in this hidden light that photosynthesis occurs, or the process by which green plants and some other organisms use sunlight to synthesize foods from carbon dioxide and water.

Because all plants use photosynthesis, it becomes the de-facto measurement when describing horticultural lighting. With a myriad of lighting options and a growing interest in expanding the variety of crops grown indoors, plant growers use three key metrics to help decide between seemingly similar horticultural fixtures:

“But, plants care more about how much light actually hits them than how much light is generated,” Gelder says, which is why we have the Photosynthetic Photon Flux Density (PPFD) test. PPFD reports how many photons actually hit a plant’s surface to initiate photosynthesis.

Daily Light Integral (DLI), the third common metric, is an instantaneous metric based on a single snapshot in time. DLI predicts how many photons hit a plant’s surface over a 24 hour period. DLI is an important metric for growth lighting because the amount of available light influences plant growth, development, yield and quality.

Utilizing a Moving Mirror Goniophotometer, the light fixtures are tested with a large, mirrored integrating sphere that moves around a fixed light source to reflect the output of the fixture to a photodetector. A state-of-the-art computer with sophisticated analysis software accurately calculates lighting characteristics, including the PPF, PPFD and DLI of the fixture. Because the light is set-up and tested in the same in-field configuration, an accurate reading can be obtained without fixture tilting or an always changing heat profile.

Additionally, spectral radiometers take snapshots of different portions of the spectrum to determine the relative power at each snapshot. “Basically, it provides a table of relative intensity data that gives growers the radiant power for the different wavelengths (in nanometers),” explains Gelder.

Plant growers can decide, based on what will be grown and the desired plant life cycle they want to reach, which fixture fits their goals. As Gelder explains, “The primary focus is to have growers be able to compare, apples to apples, two different lights of two different technologies.” And, with the ‘growth’ of the industry, comparisons can help plant growers up their yield or, at the very least, increase aesthetic appeal, making it an excellent thing that plants lack eyes after all.