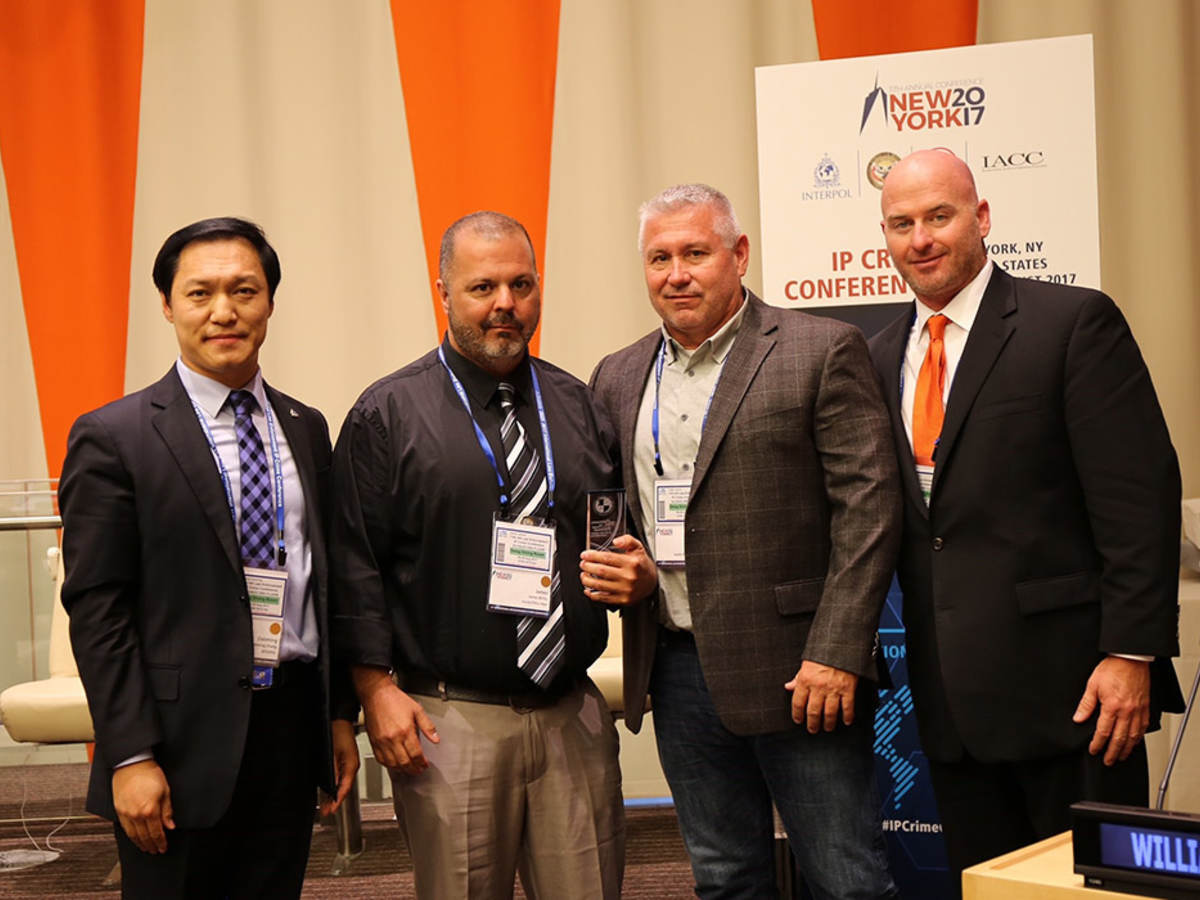 Landlocked Austin, Texas, population 950,715, is not the place you’d expect to find a thriving trade in counterfeit products. But, according to Russ Lutey, a detective with the Austin Police Department, it is.

“Austin is a unique place known for its live music scene, thriving film industry and tech hub centered around companies like Samsung and Dell computers,” he said. “The flip side is an underground network of criminal activity partially funded by illicit, counterfeit trade.”

Think counterfeit purses and concert t-shirts on one end of the spectrum with fraudulently branded computer chips and battery packs at the other. The commonality? The consumer market – if it can be bought, it can also be reproduced and sold to unsuspecting shoppers, Lutey explained.

The enormity of counterfeit products

Detective Mike Fickel of the Austin Police Department remembers when he first truly understood the enormity of the counterfeit trade.

“It was at an intellectual property rights (IPR) training; counterfeit goods covered table upon table. Everything from Rolex watches to lamps was present for us to touch and learn about so we could begin distinguishing fake products from the authentic,” he said.

Training such as the one sponsored by the National Intellectual Property Rights Center helps alert police officers to the reality of counterfeit crime--fake products can be found anywhere, and per detectives Lutey and Fickel, in seemingly ordinary investigations.

“During a narcotics investigation, we saw shirts everywhere,” said Fickel. “We discovered that the person being investigated for the distribution of narcotics was also involved in selling counterfeit sports jerseys.”

Added Fickel, “Trafficking in counterfeit goods offers criminals a lucrative source of income and a means to wash proceeds earned from illicit activities.”

“As far back as 12 years ago, the Austin Police Department reached out to private industry to support some markets experiencing problems with counterfeiting,” said Aaron Aguilar, regional investigation manager for Latin America within UL’s Global Security and Brand Protection team.

“The department organized training for a tactical unit and heightened contact within the affected brands.”

As detective Lutey explained, Austin is also known for its community policing program, a strategy that focuses on building ties and working closely with members of the communities, business included.

Officers assigned to the Intellectual Property Crime unit (IPC) meet regularly with local businesses, from mom and pop shops to tech powerhouses, to discover what’s going on with a business and to remind them that the Austin Police Department is a resource for them.

“We routinely tell them ‘if you see something, say something.’ You can call the name on the business card, and we will look into it for you,” said Lutey.

The Austin Police Department received a Department of Justice Intellectual Property Theft Grant (JIPT) in 2017. The IPC unit credits receipt of the grant with allowing the team to spend more time working on counterfeit cases and initiating an investigative plan for suspected cases.

“Austin exemplifies what can be done with the JIPT grant,” said Aguilar. “They have administered the funds not only with words but with action.”

An endorsement which, when questioned, detectives Lutey and Fickel humbly deflect.

“We’re still learning the depth and width of intellectual property crime and how it affects the Austin community,” said Fickel. “Our role is to protect on all levels; and to do that, we need to collaborate with all of our partners.”