Learn about the key benefits of the UL certification program. 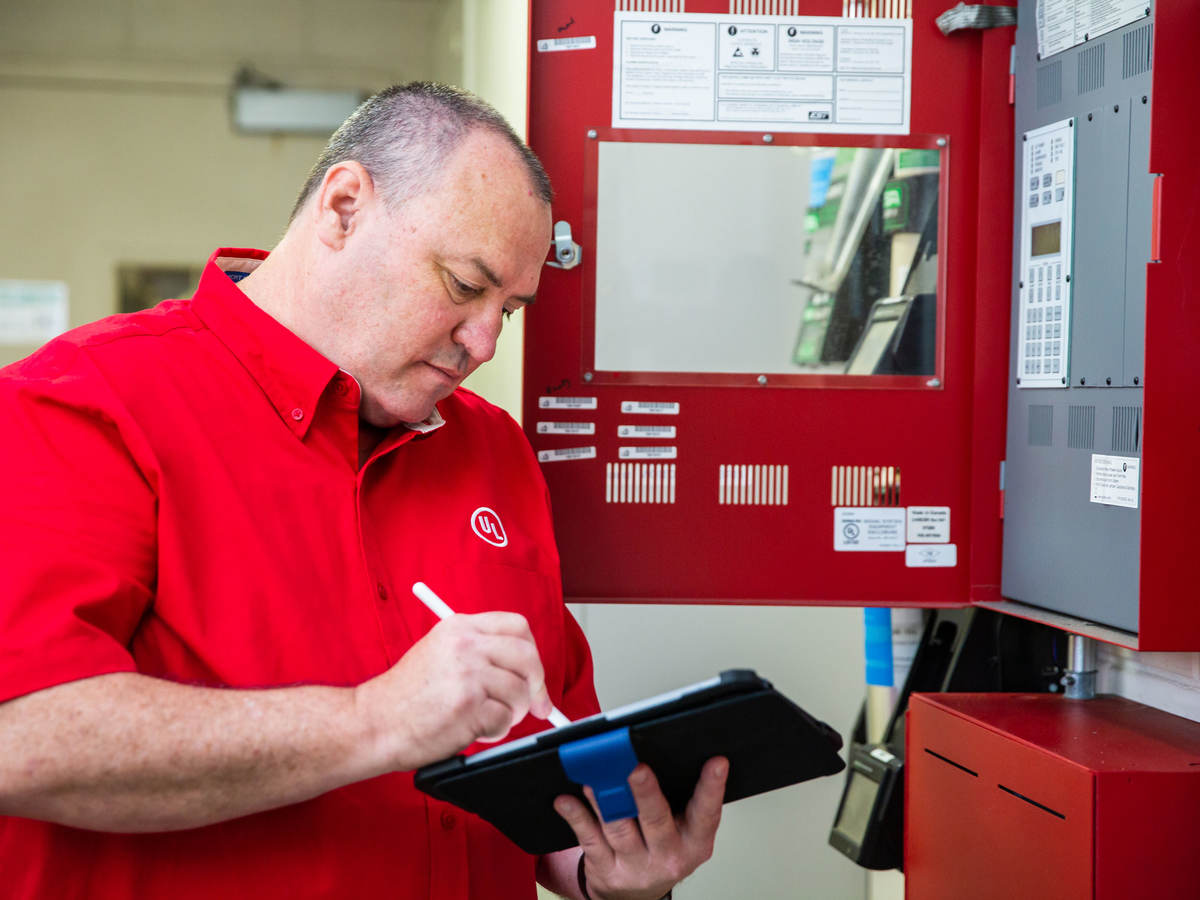 A UL auditor was performing a runner service test with a local fire inspector at a property protected with a fire alarm system. The fire inspector activated a manual pull station and awaited notification from the communications center confirming the alarm signal was transferred for fire department dispatch to the location. In a few minutes, a police officer arrived at the location and informed the fire inspector and UL auditor that local law enforcement were dispatched for a burglar alarm at that address. Upon further investigation by the UL auditor, the central station had incorrectly set the account signal as a burglar alarm rather than a fire alarm system.

While completing an annual audit of an alarm service company, a UL auditor requested that an alarm technician perform a functional test of a smoke detector installed above a fire alarm control panel. When the detector activated, the building’s elevator – located some distance away from the activated smoke detector – recalled due to fire alarm activation. When the UL auditor asked why the elevator recalled from a smoke detector activation not programmed for that function, the technician had no explanation. The technician then informed the auditor that the elevator recall had never occurred during previous testing that had been routinely performed using the fire panel walk test feature. The auditor explained to the technician that the walk test feature is not an accurate indication of all fire alarm system functions, and that functional testing of system devices must be done in accordance with NFPA 72.

If you have questions or would like to know more about the UL fire alarm certification program, please contact us at [email protected] or read UL factsheet on Fire Alarm Service Certification.

Learn more about our fire alarm certification categories, the process to become a UL Listed alarm company and the benefits of our certification program.