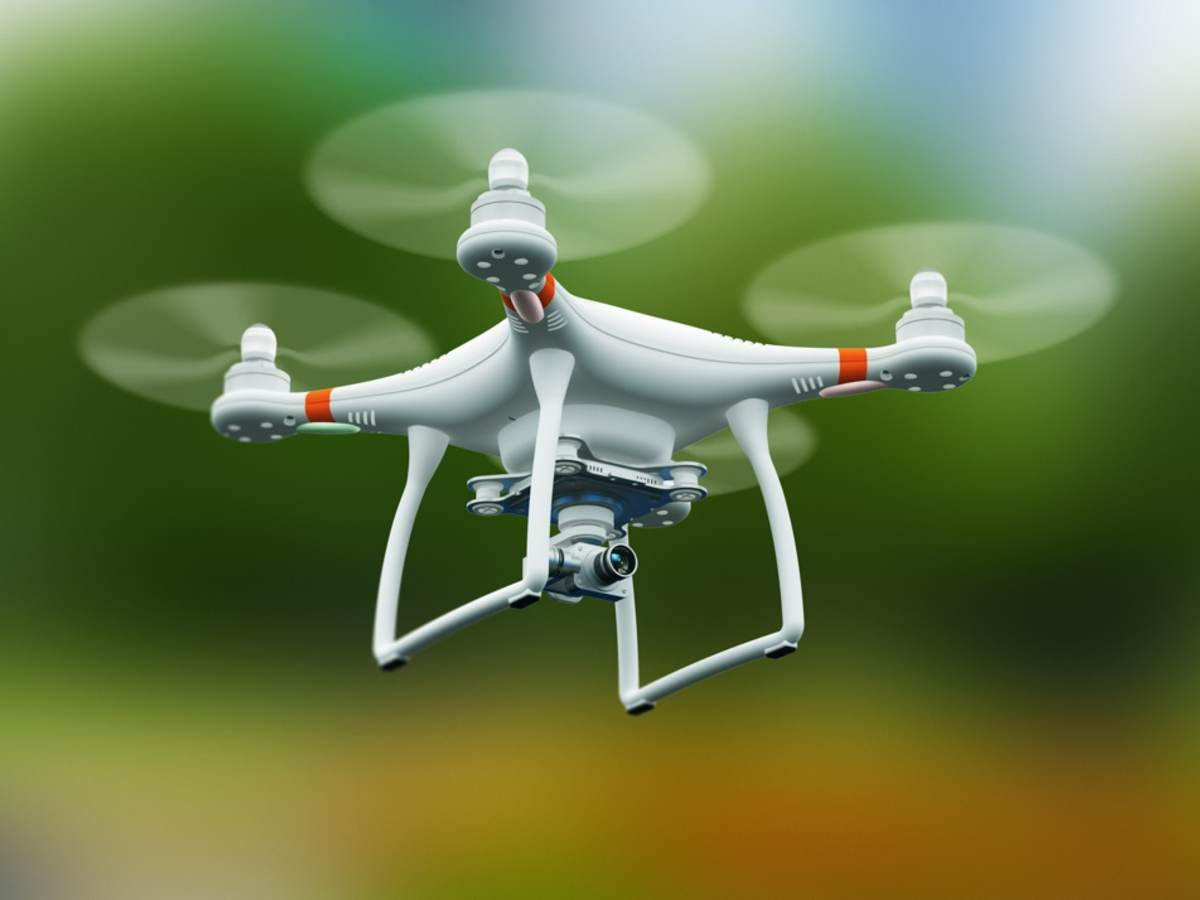 The use of UAVs, known popularly as drones, has been rapidly increasing across a range of commercial purposes, including infrastructure, agriculture, security, delivery, emergency response and government applications.

Drones often save time and, by allowing operators to stay at a safe distance, reduce risk when performing certain activities. Photographers and videographers can capture aerial footage. Land can be quickly and accurately surveyed for detailed mapping. Data can be gathered in mining operations, keeping people out of hazardous situations. First responders can more effectively analyze dangerous situations while staying out of harm’s way. And inspectors can acquire footage from vantage points that they never thought possible.

UL Solutions has the experience and expertise to help with a wide variety of certification and testing services for drone manufacturers and developers. And we also offer project management services to aid customers in large or multi-faceted compliance projects. 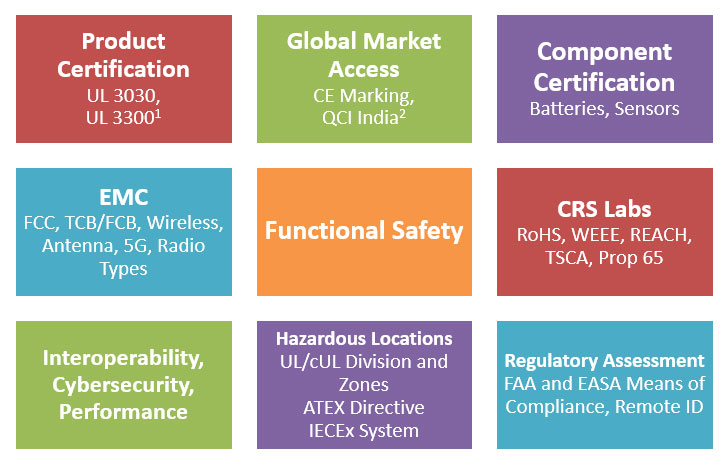 Though different energy sources may power drones, battery technology is a key element in the success of UAVs. As with all battery applications, there are several critical needs, including:

Aspects such as airworthiness, the efficacy of controls and similar topics are outside the scope of this Standard, so these issues must be addressed by regulations, user programs and other standards.

Certification for certain types of consumer drones can be covered under UL 3300, Outline of Investigation for Service, Communication, Information, Education and Entertainment Robots.

As part of end-product certification or as a separate certification project, we can help customers with our pioneering expertise in battery safety testing, including:

If your drone uses proprietary components that require certification, our experts are ready to help.

UL Solutions offers a wide range of testing, assessment and certification services for various attributes beyond safety, such as performance, functional safety and cybersecurity. These activities focus upon the drone as well as the safety-related components within UL 1998, the Standard for Software in Programmable Components.

Our Global Market Access team assists customers with market access readiness to help with successful access to their desired markets, as well as compiling technical files and other compliance documentation (toxic substances, etc.) to help you meet European Union Directives and Regulations:

We have a team of experts who can help you certify your products to India’s Quality Council drone program.

We support your UAS with regulatory assessment for several countries. Our regulatory services provide customers with a regulatory compliance road map, investigative reports on technical requirements, as well as compliance testing to UL, IEC, ASTM and ASD-STAN standards.

Other specialized services include research reports on: