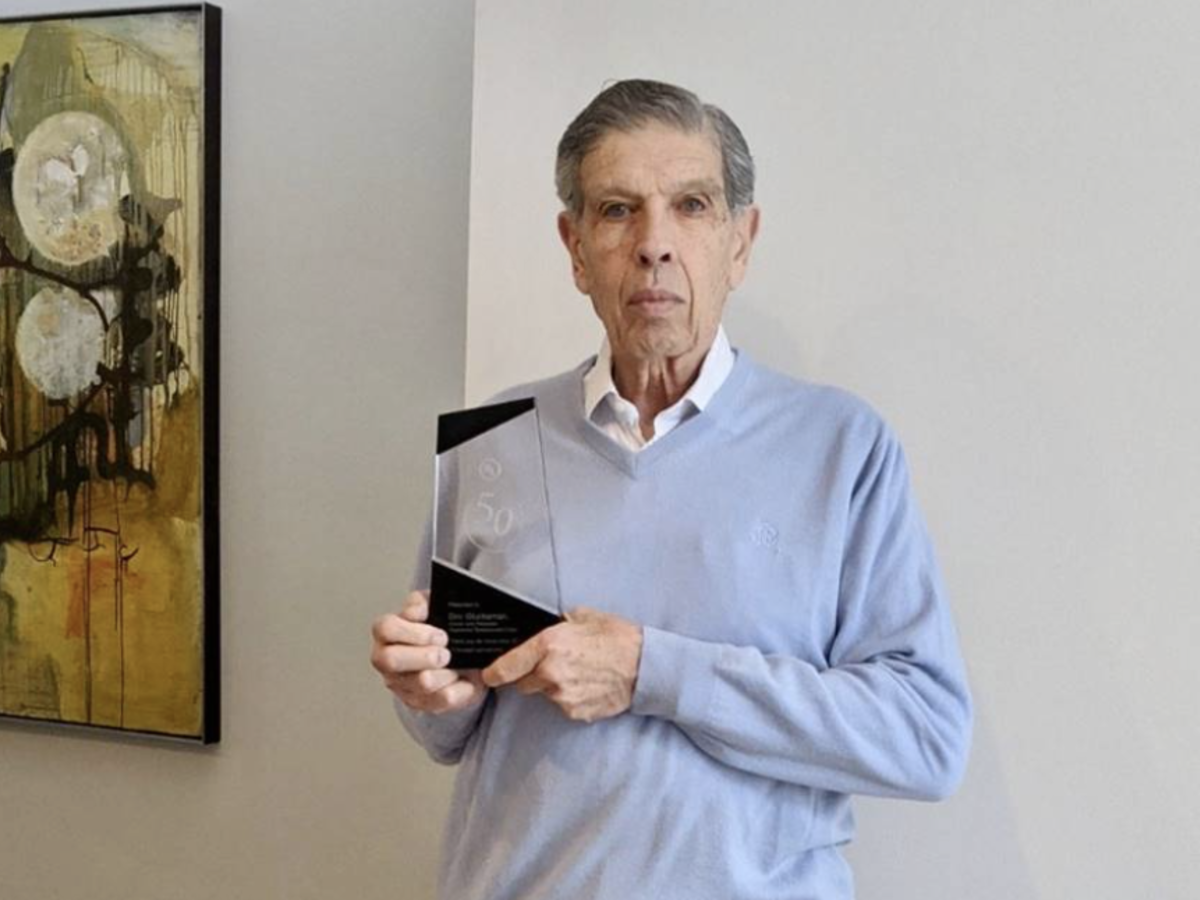 “UL was fortunate to have benefited from both your talents as a product designer and the large network of global companies you are affiliated with,” a portion of the letter read. “The award is a symbol of our gratitude for your loyalty and continued support of our mission, working for a safer world.”

Glucksman’s involvement with UL predates his founding of ADC, going back to 1969 when he founded and ran Flowtron Inc., also an electric appliance company. Glucksman worked with UL Engineer Stan Drogos to test and list the first compact portable electric heater made from thermoplastic materials.

At the time, manufacturers made electric heaters out of metal, and the use of thermoplastic in product design was minimal because many thought the heat would melt the plastic. Glucksman’s team developed a way to protect the plastic from the heat so that the product became UL Listed in 1970. Today, most product safety standards are structured with the premise of employing plastic. Glucksman’s electric heater helped shift product safety standards to allow for plastics in products.

“There wasn’t a standard that was exactly applicable to the product,” Glucksman said. “Being able to speak with UL early in the development process helped us find safe ways of achieving better functionality in ways not done before.”

It started with a love of electric appliances

Considering that Glucksman graduated university with undergraduate degrees in heat and power, nuclear engineering and earned his master’s in Aeronautical Engineering, it’s incredible that he fell in love with electric appliances. Glucksman arrived in the U.S. in the early 1960s from Israel, at the invitation of an American firm tasking him with new product development, launching a love for what’s lasted over 50 years. He started ADC in 1974 after deciding that his interests lay with product development rather than manufacturing and marketing.

Glucksman said that ADC has close to 150 patents for unique electric appliances such as an all-glass electric kettle, electric bug zapper and vacuum sealing appliance for lidded containers.

“We’ve differentiated ourselves from other engineering firms by developing and offering in-house products for licensing,” Glucksman said. “Over the years, we have established a solid and mutually beneficial relationship and connection with our partners, creating an added value that other firms do not have.”

Over the years, Glucksman has worked with over thirty different UL engineers within the small appliance group. He learned to value UL’s support in developing ADC’s unique products.

“UL is privileged to have loyal customers like ADC,” said Chaya Setty, senior director and general manager of UL’s Small Appliances division. “ADC helped contribute to UL’s mission, working for a safer world, by producing safe products that complied with UL’s requirements. We are honored to have had ADC as our customer for 50 years.”

However, customers have options, and for UL’s customers, those options have only grown since 1970. So what kept ADC loyal to UL for so many years?

“The benefit of working with people who you know has always been a guiding factor,” Glucksman said. “Even though their first and foremost consideration was safety, you always realized that they were business-friendly, and they considered the customer’s need as well.”

“You couldn’t ask for a better working partner,” Glucksman said.