Through the fire: putting safety at Europe’s forefront 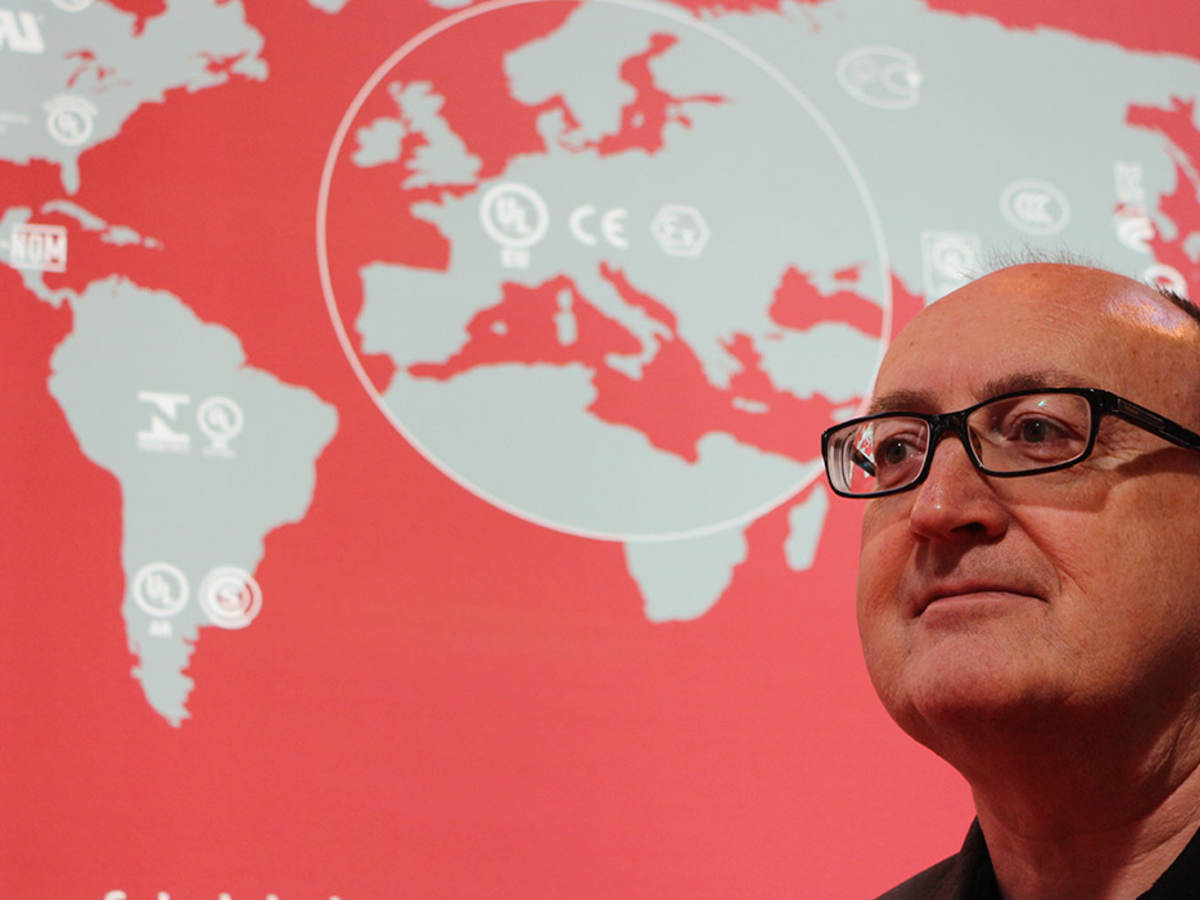 As a young man, Chris Miles faced two options: take over his father’s construction business or accept a technical job doing fire testing, inspection and certification. He was not much of a risk-taker though, nor were his parents. Nevertheless, with a slight nudge from his father, Miles took the technical job.

“He gently pushed me in that direction,” Miles said of his father. “He said, ‘Look, give it a go. If you like it, then stay. If you don't, then come back to me.’ If I’d done the other route, I could have well have been a millionaire now, but no regrets, eh?” Miles said with a laugh.

Born in London and raised near Manchester, Miles has spent his entire career focused exclusively on fire safety, particularly in the U.K., but also across Europe. While the first 25 years of his career were “with a competitor lab,” Miles learned of UL through an agreement of cooperation, an arrangement that allowed him to spend time at UL headquarters in Northbrook, Ill, U.S.A. When the company he worked for changed ownership, he found himself at a crossroads.

Miles decided to find other employment, and because of connections made through the cooperation agreement, he decided that UL seemed like the right organization for him.

“With its mission and commitment to safety, working for UL was exactly what I wanted to do.”

From the beginning, Miles assumed his new role as operations lead and business development manager for Europe with an entrepreneurial mindset.

“I looked upon it as a start-up business,” said Miles, who started with only three people working with him in the department. “The first days were hectic despite the low numbers of European projects. I looked in on customers old and new, launched projects and built relationships with other organizations and associations.”

Today, the number of staff focused on the business has increased to over 40 dedicated employees across Europe. In addition to the growing team, Miles led the opening of two laboratories (one in the U.K. and one in Germany) within the past year. The Rosenheim, Germany lab, in particular, has taken off and is currently heavily booked to the end of the year; a significant success since opening in February.

“I still have this big goal in the back of my mind to be a credible player in Europe; to make UL more relevant to the European fire safety market,” he said.

Moreover, Miles is making great strides towards not only his goal of relevancy but of upholding UL’s mission “Working for a Safer World.”  He sits on the Council and Strategy group of the Association of Specialists Fire Protection (AFSP), a U.K. passive fire safety trade association.

“Since the Grenfell Tower event, the ASFP has pushed hard for improved building standards throughout the U.K.,” Miles said. “Additionally, Fire Safe Europe (FSEU), a European alliance dedicated to increased fire safety in buildings, has been instrumental in helping to align building, life and safety policies across the wider region of Europe.”

“I think it, [the different policies between countries], is a problem for our customers in Europe. It’s 26 different countries with different regulations, different languages, different cultures and different ways of working,” added Miles. “When a company wants to sell a product European-wide, it has a bit of a minefield to go through to understand the drivers and the demands for each country.”

It’s these differences, though, that excites Miles as he sees an opportunity to help companies with market access.

“One thing that has been successful for us in the last few years is that we get a lot of the manufacturers of a particular part of the construction industry together, twice a year,” said Miles. “We talk about the issues and learn what’s important to them.”

Miles plans to expand the bi-annual meetings to other industries such as firestopping—materials like insulation and foam used to fill the space around pipes and cables going through a wall or floor. Current industry meetings include steelwork fire protection.

“Having spent a lot of time seeing how products were fitted and how they performed, gives you that knowledge, that experience to be able to say to the customer, ‘Yes, but it might be better if you did it this way.’ It’s a fine line as we can’t design the products or systems, but we want to help them as much as we can,” he said.

And, for that, we are happy that Miles succumbed to his father’s nudging. His expertise and leadership in fire safety are invaluable. Working with fire, even peripherally, is risky enough…and, Europe is safer for it.