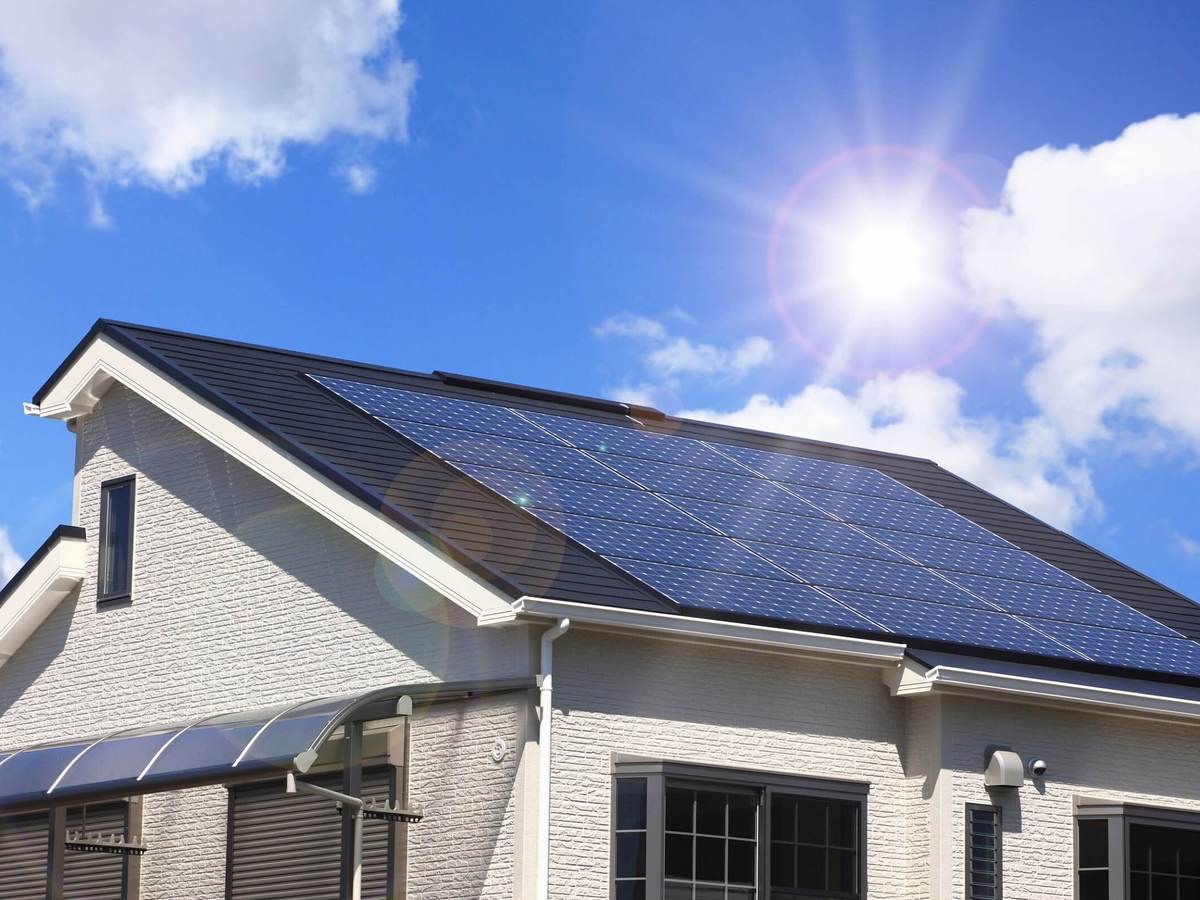 Our concept of solar panels may need some updating.

Steve Perez, for instance, bought a house in Chicago last year that has two solar panels on the roof. The panels were disconnected after Perez’s home inspection.

“Something about the wiring to the battery cells and the house not being up to code,” he says. “I was told it would cost me a hundred bucks to fix it, but when I jobbed it out, everyone quoted me $1,000 or more. I wasn’t sure it was worth it.”

So, Perez decided to track sunny days from his desk at home, where he works as an online translator. “My desk is right under the panels, so I figured that would be a good way to see how much direct sunlight was hitting the panels,” he says.

Perez’s plan sounds good in theory, but Donald Beldon, a certified energy consultant in Santa Clara, Calif., points out that direct sunlight is not necessary to charge the cells that make up solar panels.

The panels convert photons, or sun particles, to direct current, or DC power, in natural daylight, which means that most homes get enough light to run on solar panels. However, you may have to wait a little while to earn back the cost of purchasing and installing them.

Infographic | Green power for your home

Beldon adds that many cities and states are offering rebates and incentives to make the solar switch. “Most states or cities will offer something,” he says. “Even a $3,000 grant can help justify the switch.”

‘Powered by the sun’

Michael LoPresti, a tax attorney in San Jose, Calif., says he weighed the costs of installing a solar system 12 years ago and decided to go for it.

“My wife is a tree-hugger by nature, and we were lucky to have the incomes to afford it, so we did it,” said LoPresti, who says he paid about $35,000 for the installation. “Prices have dropped pretty significantly since then, so I’d tell anyone to do it. We’ve already paid for our system and then some, since our electric bills used to run about $350 a month, and that was before we installed a pool and a pool house. Everything on our lot is powered by the sun.”

California became the first state to require all new homes to have solar power. California law requires that at least 50 percent of the state’s electricity come from non-carbon-producing sources by 2030.

Going off the grid is now a reality for many.

In the past, "even if your house ran on solar power during the day, it was likely you had to tap into the grid at night, especially for heat,” says Beldon. “But like everything else solar, that’s changing quickly, too.”

Now the energy is stored and then used when needed.

For private homes, companies are now selling energy storage systems as well. When the solar panels produce more electricity than an owner can use in the home, the excess is stored in the battery pack, and when the panels aren’t churning out enough electricity, the electricity stored in the system is tapped, instead of having to buy it from the utility.

Most of the new home energy storage technologies use some form of lithium-ion chemical composition. Beldon says lithium-ion batteries offer longer lifespans at less weight than their lead-acid counterparts.

“It’s a technology that’s already here but is always being improved,” Beldon says. “Lithium-ion batteries, depending on their capacity, are light, so they can be attached to the home or stacked with other similar-sized batteries.”

As prices continue to go down, solar-powered homes will become more widespread.

“There will be a day when entire subdivisions are built with solar power and backup batteries,” says Melissa Rhome, an energy consultant who previously worked for Sargent Lundy in New York and Accenture in Dublin, Ireland. “I don’t know if that’s a future of houses that are off the grid and running on their own power, or houses with equipment installed and maintained by the same companies that sell electricity and natural gas today.”

At a recent solar symposium in Chicago, representatives from solar equipment companies, consulting firms and energy suppliers agreed that despite a new emphasis on coal and fossil fuels, U.S. companies would move ahead with plans to improve and expand solar power. Beldon agrees.

“The genie is out of the bottle,” he says. “People have dollar signs in their eyes.”

Beldon says prospective profits will drive solar energy’s expansion to the thousands of homeowners who want to “chip in to save the Earth,” which is why companies will forge ahead with more efficient solar panels and stronger, smaller batteries.

Like its business-based partners, UL also keeps moving ahead despite some uncertainty in the country’s energy policies.

“If anything, there’s a movement that starts in a certain state and that movement may cascade to the rest of the country,” says Diana Pappas Jordan, a senior programs manager at UL. “California may have a set of requirements that calls for more solar power in new homes, so we’ll create a new set of standards for manufacturers, which eventually will be adapted by companies in other states. There’s no real slowdown. Things just keep moving forward.”

This article was originally published in On the Mark, a UL publication. Robert Snarski wrote the article with Marco Buscaglia as a contributor.

Infographic: Green Power for Your Home

Going off the grid is a reality for many now.

UL Celebrates 125 and Looks to the Next Century of Safety