You’ve probably noticed the plug on your hair dryer has two little buttons on it, one that says “test” and one that says “reset.” But do you have any idea what they do or when to use them? 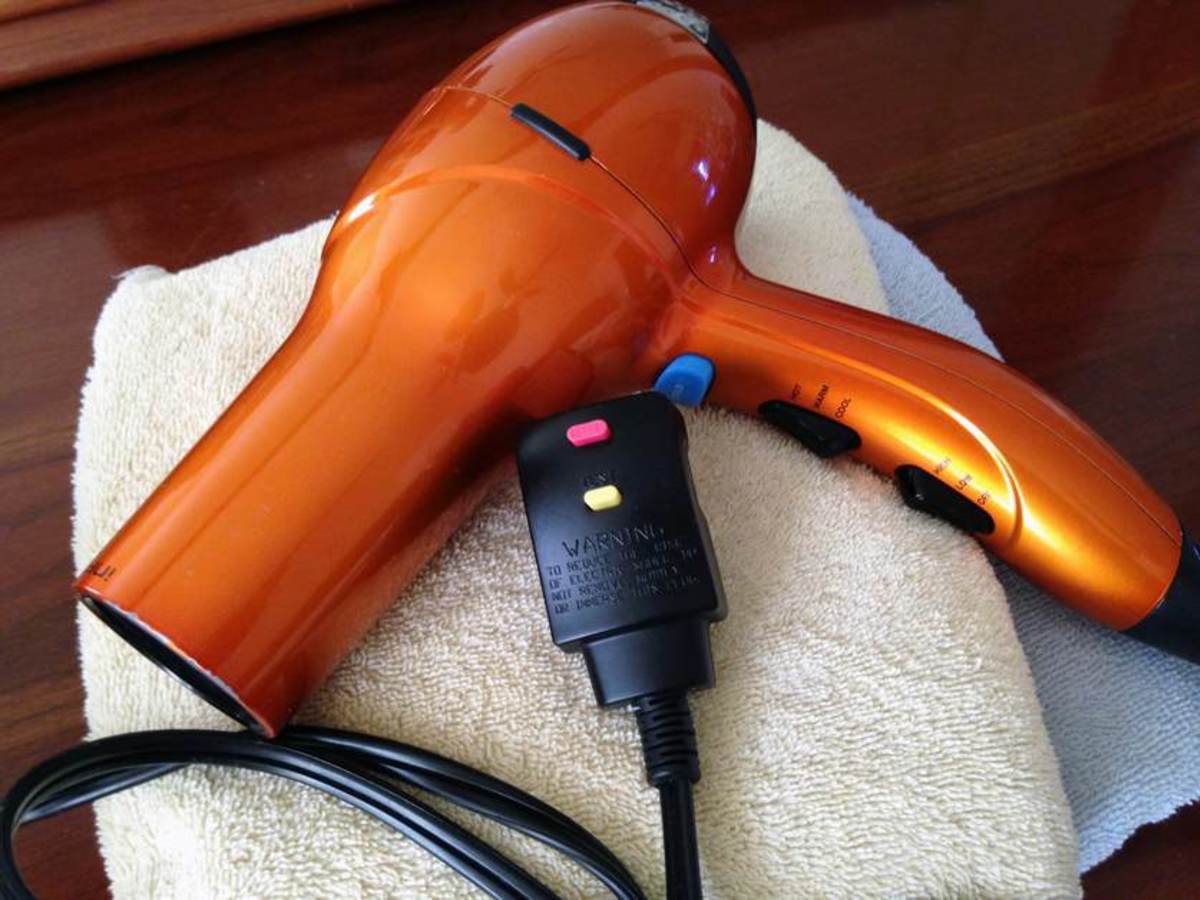 You’ve probably noticed the plug on your hair dryer has two little buttons on it, one that says “test” and one that says “reset.” But do you have any idea what they do or when to use them?

The buttons are part of a device called an Appliance Leakage Circuit Interrupter (ALCI). All hair dryers these days have them, for good reason.

Many years ago, the appliance industry received reports of hair dryers electrocuting small children in the bathtub, according to UL, which develops product safety standards.

When an electrical appliance that’s plugged in is immersed in water, electricity can leak out of it and shock you. Unfortunately, circuit breakers in your home react too slowly to protect against electrocution (they’re designed primarily to prevent fires). Manufacturers started outfitting hair dryers with ALCIs after UL mandated them. If the ALCI detects a change in the electrical current, it will cut power to the appliance within a few milliseconds.

UL doesn’t recommend tempting fate and immersing a hair dryer in water. But if you do it by accident, it should protect you.

If the ALCI cuts off the power to your hair dryer, turn it off and unplug it. Then press the reset button and plug it back in. The test button allows you to cut off power manually. It also, as its name suggests, allows you to test that the ALCI is working. Just plug the hair dryer in, press test, and the dryer should stop working. (To get it working again, unplug it and press the reset button.) Hair dryer manufacturers recommend testing the ALCI before each time you use the device, though that might be overkill.

Today, portable hair dryers without a circuit interrupter are considered hazardous and can be recalled, according to the Consumer Product Safety Commission.

What about those buttons on the outlet itself?

Some outlets, especially those in the bathroom, also have test and reset buttons. That’s because they incorporate a Ground Fault Circuit Interrupter (GFCI) to protect against electrocution from other appliances They operate much like an ALCI, cutting off the power as soon as a leak is detected.

Ground fault circuit interrupters are mandated by the National Electrical Code for certain areas, such as bathrooms. Not all outlets have the buttons, but nearby outlets may be protected by the GFCI unit anyway.

UL suggests testing your GFCI outlets once per month.

1. Plug a nightlight into the outlet and turn it on. The light should come on immediately. If not, press the reset button.

2. With the light on, push the test button. The light should go off immediately. If not, call an electrician.

3. With the light off, push the reset button. The nightlight should come on again. If not, or if it comes on but doesn't stay on, call an electrician.

For general safety, UL recommends keeping all bathroom appliances away from the shower, bathtub, toilet and sink. When you’re not using your hair dryer or curling iron, unplug it and put it away, especially if you have children.